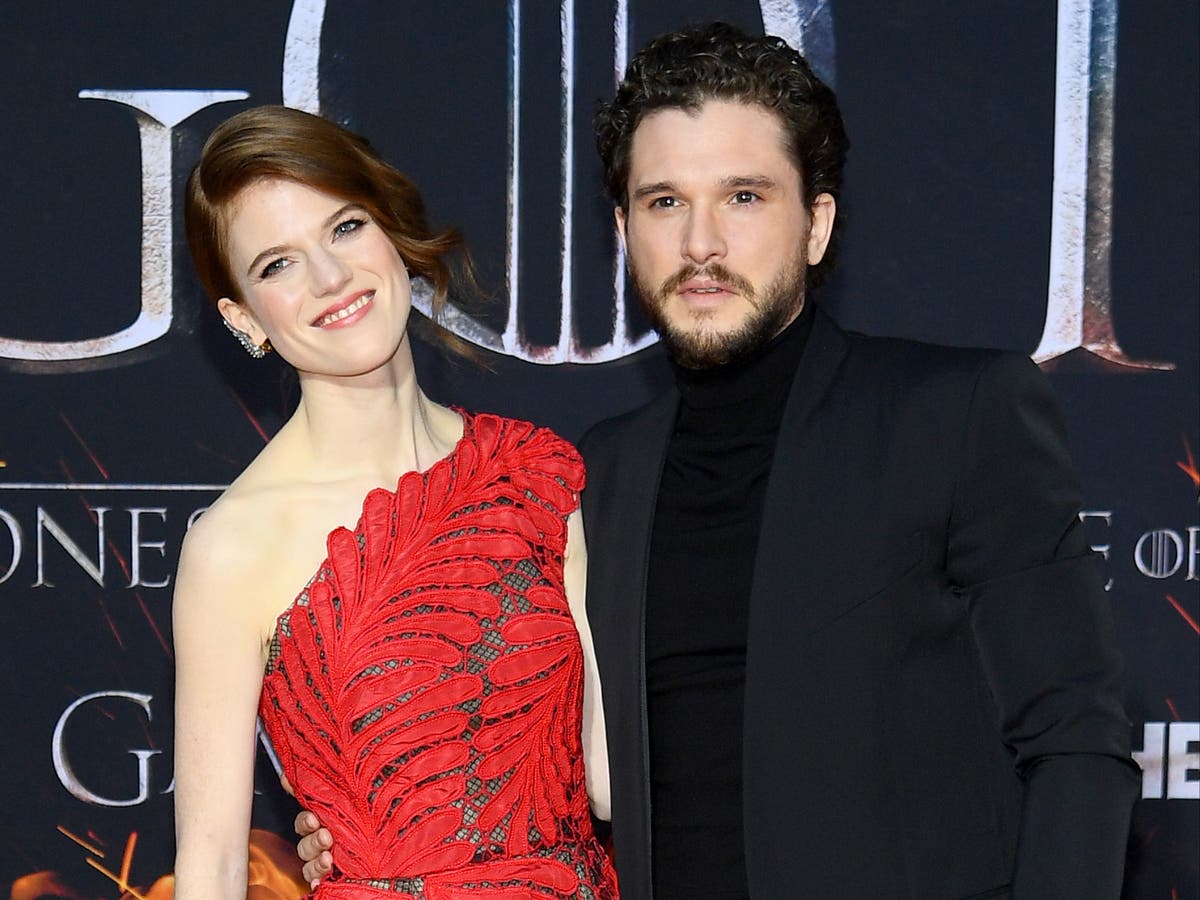 Game of Thrones stars, Kit Harington and Rose Leslie, have welcomed their first child together, a baby boy.

Harington’s representative, Marianna Shafran, confirmed to USA TODAY. Shafran said the actors are “very very happy!” However, no further details were given.

On Tuesday, Page Six published photos of the couple, both 34, stepping out in London with their newborn. In the images, Harington holds Leslie’s hand, as she wears a face mask and carries the baby strapped to her chest.

Leslie revealed the couple was expecting their first child together in Make Magazine’s “Bold Issue” in September, showing off a baby bump while rocking a floor-length Stella McCartney gown.

The couple met in 2012 on the set of “Game of Thrones,” where they played on-screen lovers Jon Snow and Ygritte. The pair married in June 2018 with a celebration at the bride’s ancestral castle in Scotland. Guests included the pair’s co-stars Peter Dinklage, Maisie Williams, Sophie Turner and Emilia Clarke.

Ahead of the hit HBO series’ finale in 2019, Harington opened up to InStyle about wanting to become a father one day.

“The most important job I’ll ever have is about to finish,” he said of the fantasy series, before adding: “Well, not the most. Hopefully, I’ll be a father.”

Harington and Leslie confirmed their real-life romance by appearing on the red carpet of Britain’s Olivier Awards in April 2016, following widespread speculation about their romance dating as far back as 2012.

The couple announced their engagement in 2017 with a notice in the Times of London newspaper and have continued to stay notoriously low-key about their relationship.

Speaking with Make Magazine in September, Leslie noted that she and Harington purchased a home in England together and would be living there after spending years in New York.

“What a glorious thing to be able to run to the countryside and recoup. It’s a great privilege to be surrounded by greenery, birdsong and hedgerows, and our delightful neighbours. It’s so peaceful,” she said.