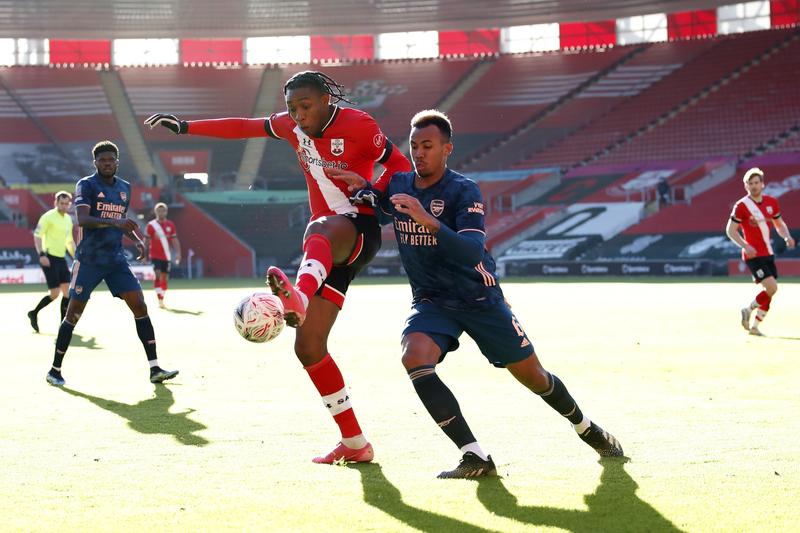 Arsenal have crashed out of the FA Cup after a 1-0 fourth-round defeat to fellow Premier League side, Southampton, on Saturday.

The defending champions crashed out after defender, Gabriel, put the ball in the back of his own net to give the home team a 24th minute lead at the Saint Marys Stadium.

Gabriel’s deflected low cross from  Kyle Walker-Peters becomes the first goal the visitors had conceded in over eight and a half hours stretching back to Boxing Day.

The win marks Southampton’s first win over Arsenal in the domestic competition.

As a result, Ralph Hasenhuttl’s side will now take on Wolves at Molineux in February’s fifth round after they edged past non-league Chorley Town 1-0 on Friday night.

OptaJoe reports that Arsenal have conceded four own goals in all competitions this season – more than any other Premier League side and the most they have conceded in a single campaign since 2015-16 (5).

Speaking after the game, Mikel Arteta said: “Really sad to be out of the competition. Congratulations to Southampton, but I’m disappointed with the way we lost the game.

“We had issues in the first half. We have to compete in these games, we have to do that better, but it’s a lesson. They all tried so hard, it was intense game and Saints demand the best out of you because they are aggressive. They all tried their best.

“We are looking in the market to see what else we can do, we moved some players, we are a little bit short in one or two positions, let’s see what we can do.”