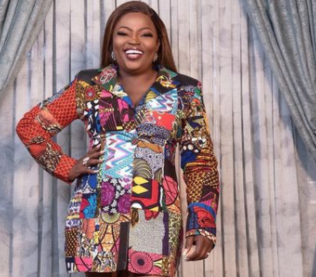 Nigerian actress and producer, Funke Akindele, is in a celebratory mood after being included in Forbes ‘100 Icons from Africa.’

“Been filming and writing back to back and then @swankyjerry sent this to me like “Sis, you never see?” Thanks, swanky. I’m so honoured. Thanks, @forbesafrica#hardworkpays#keepmoving#yourtimeishere#dontgiveup 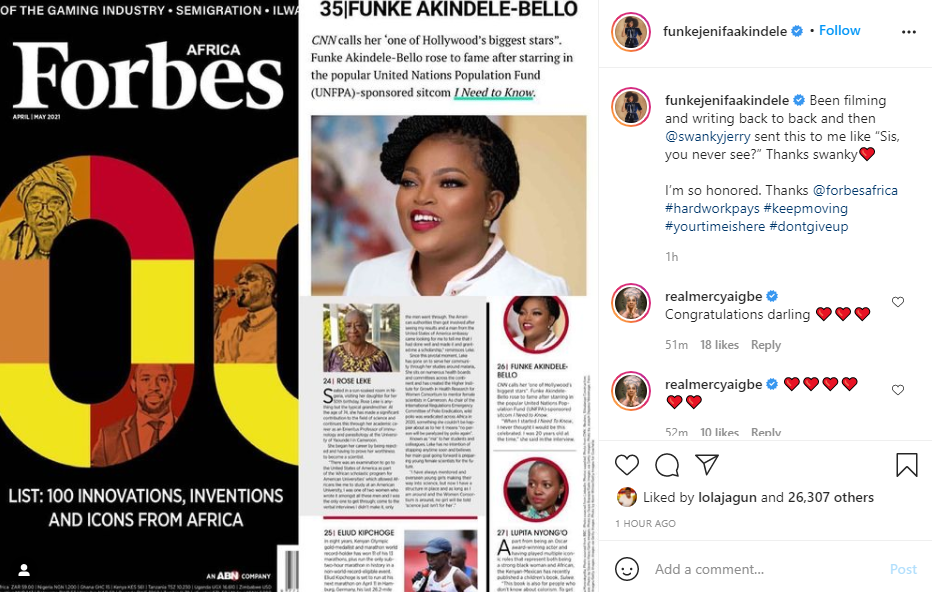 According to Forbes, the list was curated from Hollywood exports and Grammy artists to award-winning ideas that can save the world.
It also stated that the list is a way of “celebrating those whose ideas, inventions, and influential role models have aided Africa’s growth over the last decade.”
Forbes on its official Twitter handle, @Forbesafrica, alongside the list wrote, “This is a way of celebrating those also with the award-winning ideas that had defined the African continent and influential role models that have spelt Africa’s growth over the last decade.”
Forbes described Burna Boy in the publication as one of the biggest and most successful African artists on this continent.
While Genevieve was described as the trailblazer of Nollywood. 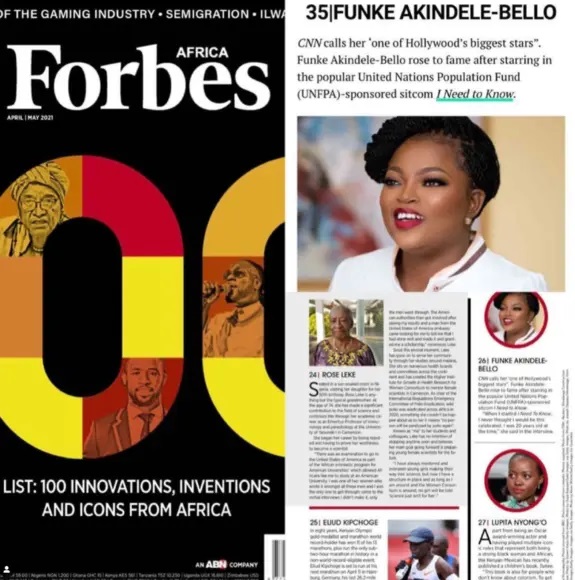 Fathers are important too, care for them – Actor Sam Nnabuike