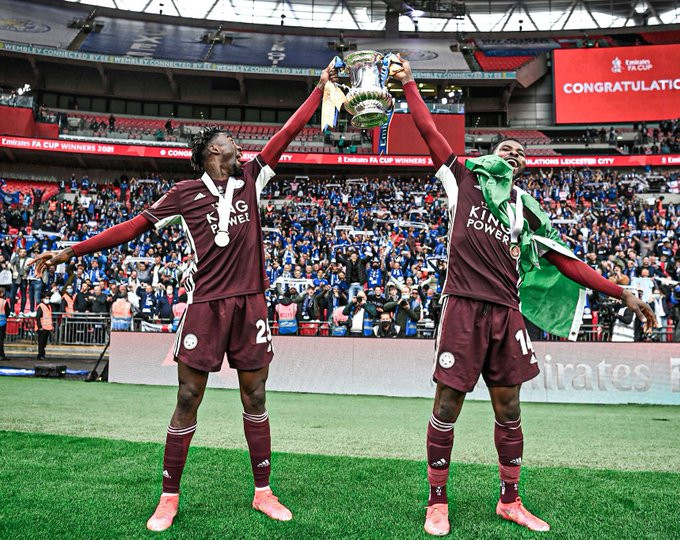 Midfielder, Youri Tielemanns, scored a screamer from 25 yards in the 63rd minute to hand Brendan Rodgers’ side the all-important victory.

Chelsea have now come second for the second consecutive season after losing the final 2-1 to Mikel Arteta’s Arsenal last season.

From Premier League greats such as Nwankwo Kanu and Mikel Obi, Nigeria has been well represented in the tournament.

WUZUPNIGERIA brings you a list of Nigerians who have won the oldest football competition in the world.