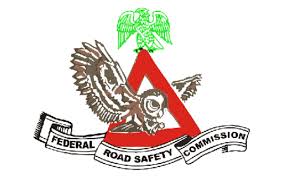 The Corps Public Education Officer (CPEO), ACM Bisi Kazeem, in an interview on Thursday in Abuja, said that FRSC would not hesitate to punish any personnel found extorting driver’s license applicants.

Kazeem said that the reports concerning the issue of extortion were getting alarming as the Corps Marshal, FRSC, Dr. Boboye Oyeyemi, however, did not want to stop at the internal mechanism.

He said that decision necessitated the collaboration with the ICPC and Department of Security Service (DSS).

“They deployed technology and made the arrest. The exercise will be sustained in order to rid the corps of bad eggs.

“We abhor corrupt tendencies. There are internal mechanisms, the Corps Marshal Monitoring Unit and Surveillance and Intelligence Unit.

“There are also zonal commanding officers unit of surveillance and monitoring, sector commander’s unit, all aimed at checking excesses of marshals.

“You will realize from the report that it was a joint effort. We have always been initiating and calling for all hands to be on deck to rid our activities of corrupt tendencies.

“This is not also different. The men are already placed on interdiction which implies half salaries until their cases are disposed of,” he said.