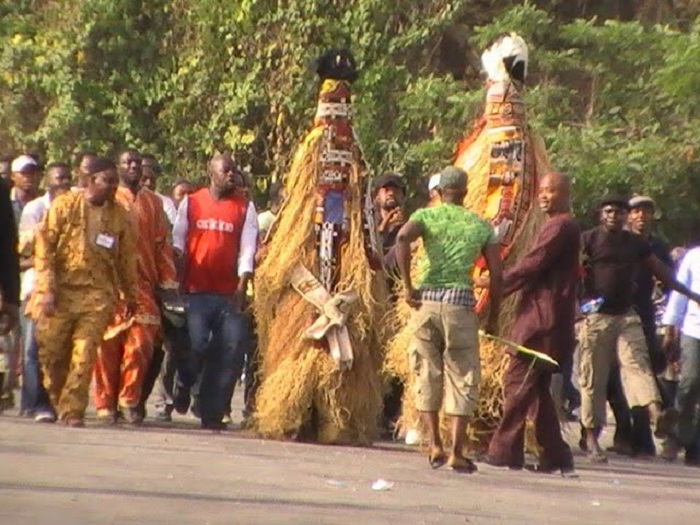 The Federal Road Safety Commission (FRSC) has said that it would arrest masquerades causing traffic congestion or accidents during the Christmas and New Year festivities.

Adeleye said there were cases in the past when masquerades engaged in acts which resulted in traffic crashes and inconvenience.

According to him, this is a season of masquerades and there were times when they cause accidents in the past.

“This time we may have to impound such masquerades,” he said

He thanked the government of Anambra for its support of the FRSC and restated the commitment of the corps to ensuring safe motoring environment in the state.

In his address, Sector Commander in Anambra, Andrew Kumapayi, said the FRSC was ready to ensure safe motoring environment in the state.

Kumapayi said the command had already identified strategic routes in the state and deployed personnel to effectively check such areas.

The campaign was declared open by Governor Willie Obiano, who was represented by his deputy, Dr Nkem Okeke.

Osinbajo’s aides were sacked to save taxpayers’ money – Presidency