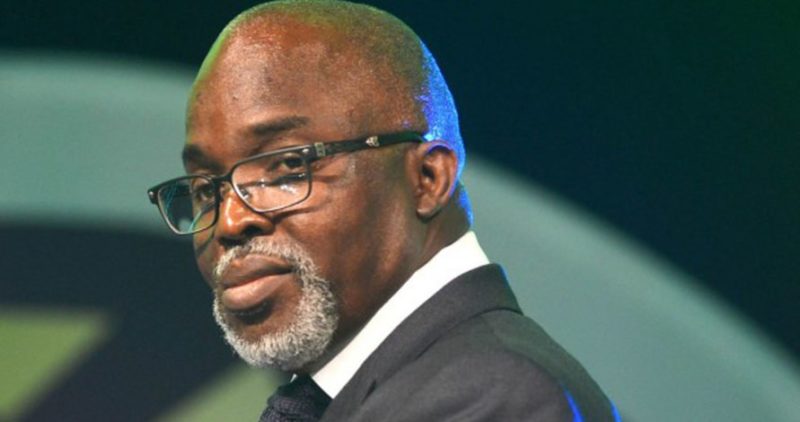 The Federal Government through the Sports Ministry has told the Nigeria Football Federation Amaju Pinnick to step down from his position.

The Federal Ministry of Youth and Sports development directed the Nigeria Football Federation, a parastatal under it to comply with the judgment of the Supreme Court delivered on April 27, 2018, which restored the orders of the Federal High Court, setting aside the purported election into the Executive Committee of the NFF held on September 30, 2014.

“I have been directed to notify you of the Orders dated June 5th 2018 made by Honorable Justice M. H. Kurya sitting at the Federal High Court Jos in respect of the above mentioned suit between Yahaya Adama Vs Alhaji Aminu Maigari which states that the election of the NFF held on August 26, 2014 under the leadership of Amb Chris Giwa be given recognition pending the hearing and determination of the motion on notice filed in this case and that the purported ban of the Executive Committee elected on August 26, 2014 from football activities of the NFF is unconstitutional, null and void.

“It is trite law that court orders are sacrosanct and any acts of disobedience to it constitutes threat to the rule of law. Consequent upon the above, you are hereby advised to comply with the orders of court made therein which for now, is the valid and binding order of court, in the absence of any other subsisting order or judgment to the contrary’.
Consequently, Barrister Dalung has however directed the parties involved to comply with the court order.

“This is a court order and not from Dalung. I will not want to go to Kuje prison because of disobedience of court orders. Therefore, I hereby comply with the court orders of June 5th 2018, while Mr Amaju Pinnick and others are also directed to comply with same.

“The order compels the defendants, including the Minister of Youth and Sports, their servants, agents and privies howsoever, the Inspector General of Police and all law enforcement agencies to forthwith enforce the orders made by the court on 19th September 2014 and 23rd October 2014 and give recognition to the General Assembly Meeting and election of the NFF held on 26th August 2014 under the leadership of Amb Chris Giwa pending the hearing and determination of the Motion on Notice filed in this case.

THIS IS A COURT ORDER! Nigeria risk FIFA’s ban over leadership row