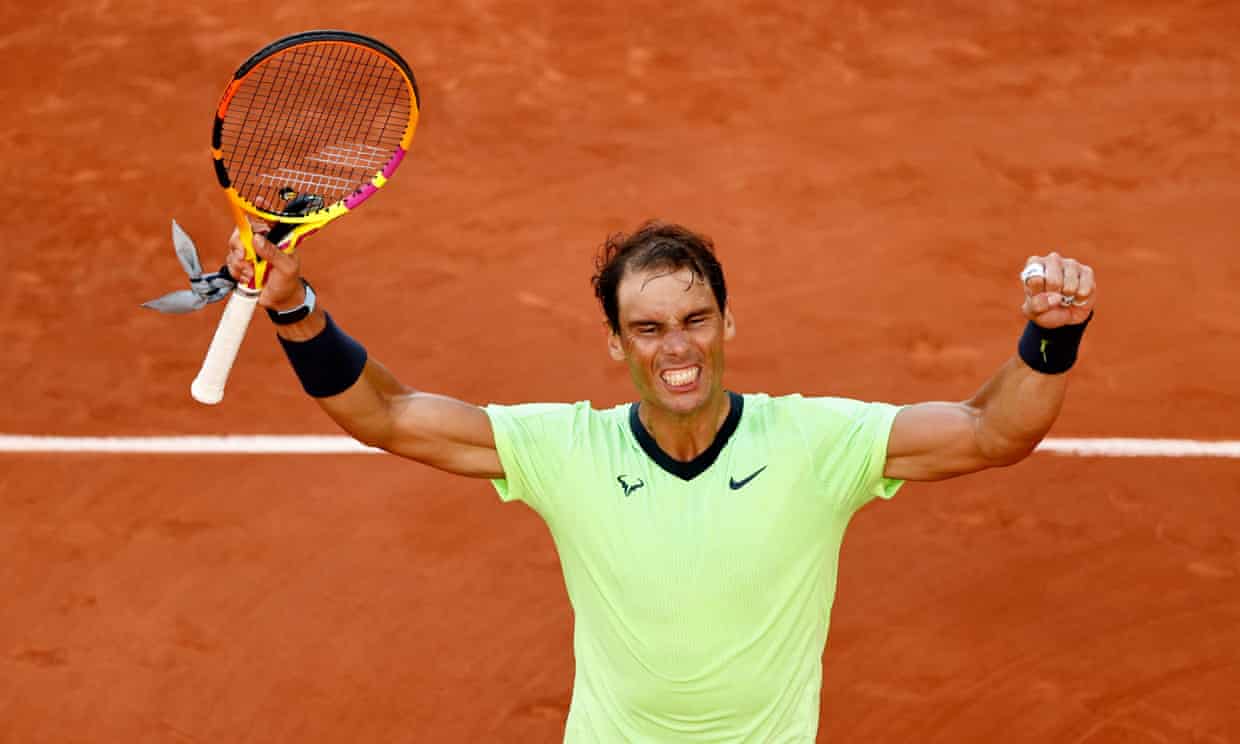 World No. 3, Rafael Nadal, progressed to the quarter-finals of the 2021 Roland Garros by defeating No. 19, Jannik Sinner, in the fourth round on Monday in Paris.

The four-time defending champion hit hard at 19-year-old Sinner on Court Philippe-Chatrier to win 7-5, 6-3, 6-0 in two hours and 20 minutes.

Nadal, a 13-time Roland Garros winner has now reached 15 quarter-finals at Roland Garros, the all-time joint-most alongside Djokovic, who also advanced on Sunday.

“I played a little too defensive [in the first set], that was a mistake. I was lucky that I could turn it around, but I think that changed things. I played great in the second set, a few mistakes at 4-3, but found a great level again,” says Nadal who picked up his 104th victory at Roland Garros.

The Spaniard faces Diego Schwartzman, who he beat in the semi-finals last year, in the last eight in Paris.