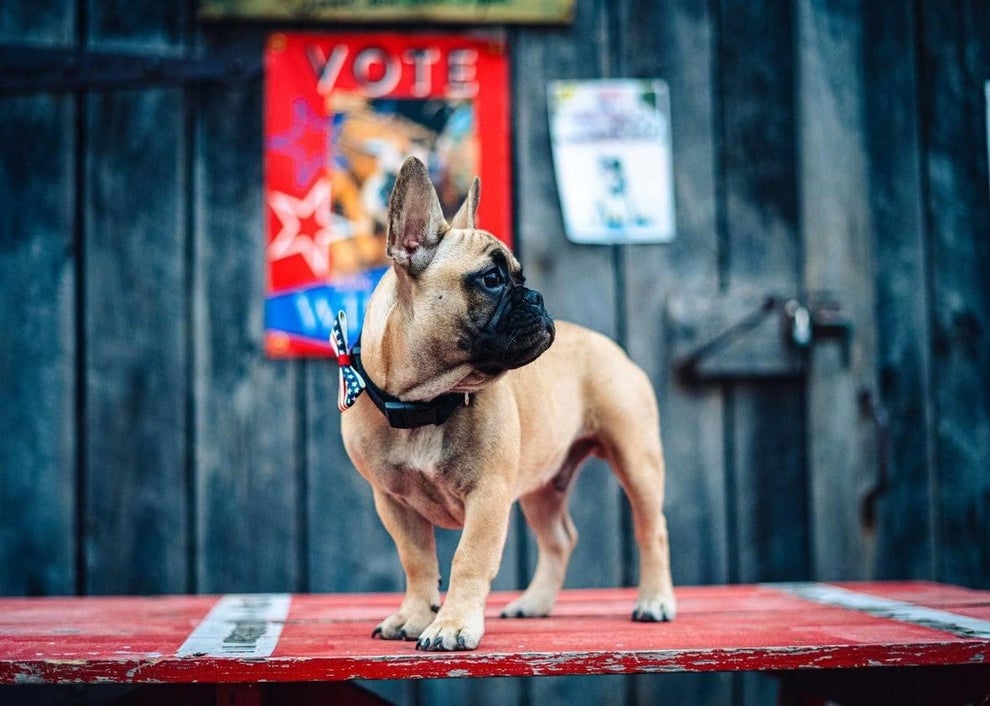 A french bulldog, on Tuesday, was appointed mayor of Kentucky town.

Wilbur Beast, a French bulldog, won the mayoral election of Rabbit Hash with about 13,143 votes, making him the most popular canine candidate in the history of the town.

The race saw the biggest turnout ever, with a total of 22,985 votes cast.

Wilbur Beast is not the first dog to lead the town, which has been electing dogs as mayors since the 1990s.

The residents cast their vote by writing their preferred canine candidate’s name on a ballot paper and then donate $1 to the Rabbit Hash Historical Society.

The first elected mayor in the history of Rabbit Hash was an adopted dog of unknown parentage named Goofy Borneman-Calhoun.

He was inaugurated in 1998 for a four-year term. The mayor did not get to serve an entire term and passed away in July 2001 at the impressive age of 16.

In this year’s contest, Wilbur defeated the rescued pit bull and incumbent mayor Brynneth Pawltro, who was elected in 2017.

JackRabbit, a beagle, and Poppy, a golden retriever, came in second and third respectively, making them both Rabbit Hash Ambassadors along with Ambassador Lady Stone, who will keep her position, officials with the Rabbit Hash Historical Society announced on the organisation’s Facebook page.

The contest isn’t just open to any old dog. Every aspiring candidate must be able to chase a rabbit from their home to the Rabbit Hash town centre within one hour time, in order to be considered eligible.

The spokesperson of the newly elected mayor, his human friend Amy Noland, told Fox News that they both thanked supporters for the win.

“It’s an exciting adventure and a deeply meaningful cause to preserve the river hamlet town of Rabbit Hash,” she said. “The town welcomes visitors and will continue to provide fun events for all ages to come to experience the nostalgia and charm we have to offer.”