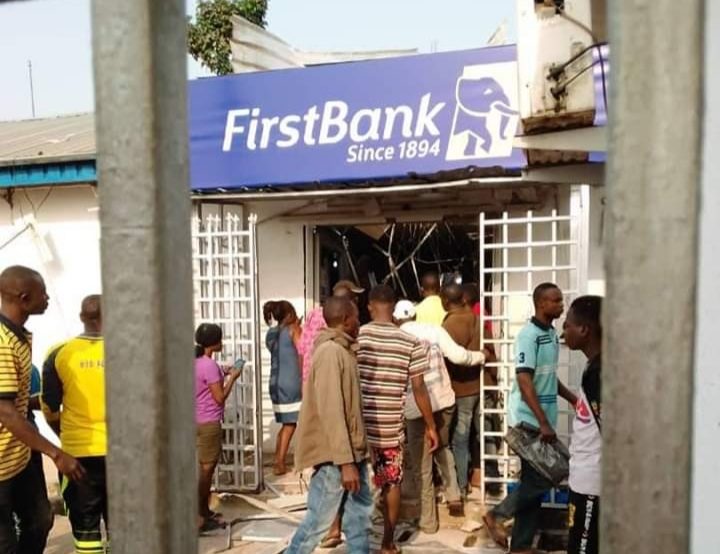 An eyewitness, Kazeem, told our correspondent that the robbers numbering six stormed the bank around 4.40 pm.

Kazeem said the robbers came in two vehicles and started shooting to announce their arrival.

The anti-riot policeman attached to the bank was reportedly shot dead by the hoodlums and they went inside the bank and carted away some money.

However, some hunters and members of a vigilante group in the town reportedly mobilised and blocked the roads, thereby preventing the armed robbers from escaping.

Four of the robbers were reportedly killed by the hunters and the angry mob set their corpses ablaze.

“The six-man armed robbers came fully armed. They killed the mobile policeman at the bank and stole some money, but some youths in the community prevented them from escaping.

“Four of the robbers were killed and the angry mob set their corpses ablaze.”

Another resident, Femi Ogundele, told our correspondent that the remaining robbers hijacked another car and escaped in it.

The Police Public Relations Officer in the state, Mr Olugbenga Fadeyi, confirmed the incident to our correspondent.

Woman sets ransom at N20,000 after staging own kidnap