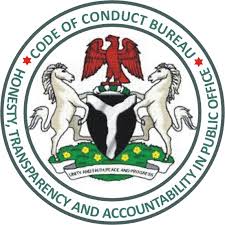 The Code of Conduct Bureau (CCB) says four deputy local government chairmen, councilors, supervisors and some personal aides to Gov. Ifeanyi Ugwuanyi of Enugu State will be prosecuted if they fail to regularise their assets declaration forms.

The Coordinator of the CCB in Enugu state, Lucy Ijetta, made this known in an interview with the News Agency of Nigeria (NAN) in Enugu.

”I have forwarded the first batch of names of the affected political officeholders and I am about to send the second batch to CCB headquarters in Abuja.

”One year after assumption of office, four deputy local government chairmen, councilors and supervisors have yet to declare their assets.

“I have already compiled their names and the law must descend on those who have failed to do what is expected of them.

“ I wrote a letter to the deputy chairmen as well as to the few special assistants and technical assistants of the governor that have yet to return their assets declaration forms.

“The time frame given to them to return the forms ended last week. So this is the last warning,” she said.

Ijetta said the list of the last batch of defaulters will this week leave the state office of the CCB to the headquarters and the affected persons will have themselves blame themselves for whatever happens.

“From there, it will go to the Code of Conduct Tribunal for prosecution. So, whosoever finds his/her name on the defaulter list will have themselves to blame,” she said.

She said that the CCB has verified the information in the assets declaration forms of Gov. Ugwuanyi, the deputy governor, the state chief judge, the state assembly speaker and a few other top politicians in the state.

“The information in the forms of the governor and speaker were verified in 2019 as soon as they assumed office.

”The commissioners and members of the state assembly have fully declared their assets.

“We expect that after leaving office, they will obtain the end-of-tenure form and also declare their assets,” Ijetta said.