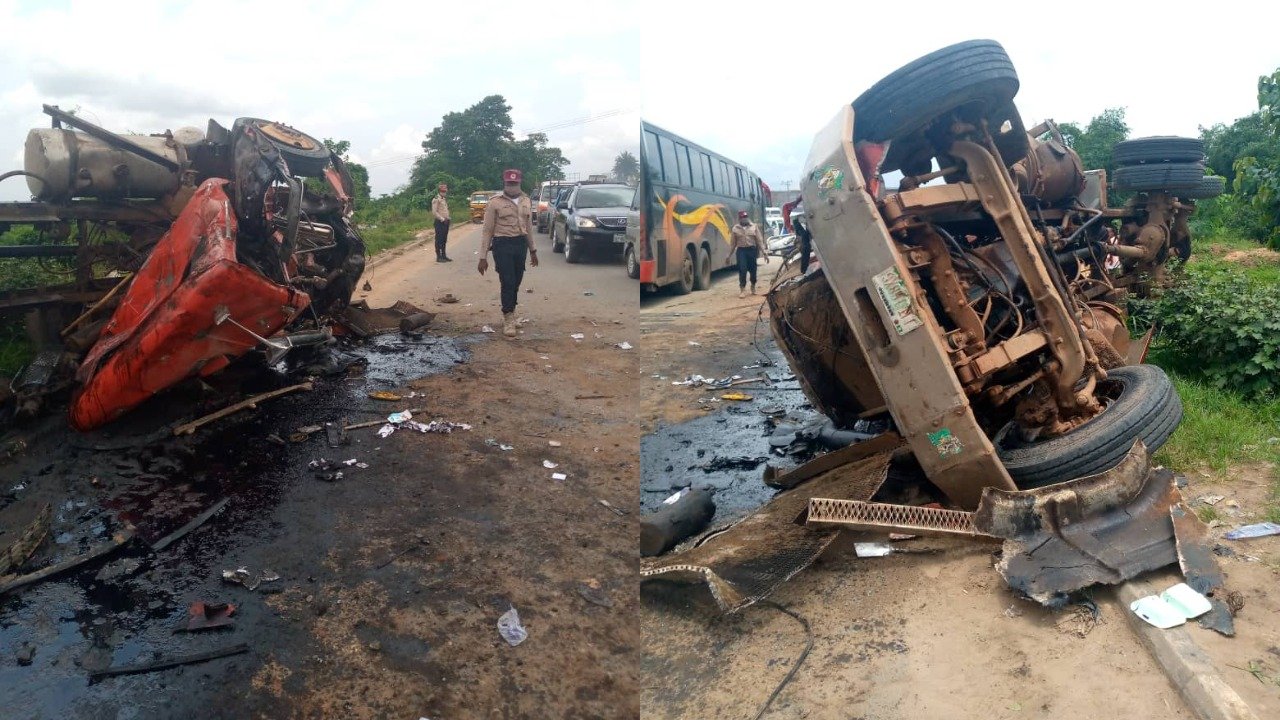 Four persons have been crushed to death while two others were injured in an accident involving a Daf truck and a commercial bus around Capital Hotel area on the Ijebu Ode-Oru Road in Ogun State.

The spokesperson, Traffic Compliance and Enforcement Corps, Babatunde Akinbiyi who confirmed the incident, said it happened on Saturday.

Akinbiyi explained that the accident occurred around 1:15pm and was caused by over-speeding and loss of control on the part of the Daf truck driver.

According to him, six persons were involved in the accident which comprised three male adults and three female adults. Four persons died while two injured.

He explained that the driver of the truck, due to over-speeding, lost control of the vehicle, left his lane and rammed into a bus loaded with kolanut in the opposite direction.

Akinbiyi said, “The bus was going to Ibadan from an unknown destination while the truck was heading towards Ijebu-Ode from the Ibadan axis.

“All the passengers in the bus, including the driver and three women died on the spot.”

The TRACE spokesman stated that the deceased had been deposited at the morgue of Ijebu Ode General Hospital while the injured truck driver and one other were taken to same hospital.

He added that the TRACE Corps Commander, Seni Ogunyemi, commiserated with the family of the dead victims.

He warned articulated vehicles against reckless and dangerous driving, as well as over-speeding because of its attendant consequences.

Related Topics:Four die in road accident in Ogun
Up Next

Sanusi, Lawan, others turn up for El-Rufai’s son wedding with Kazaure’s daughter [Photos]