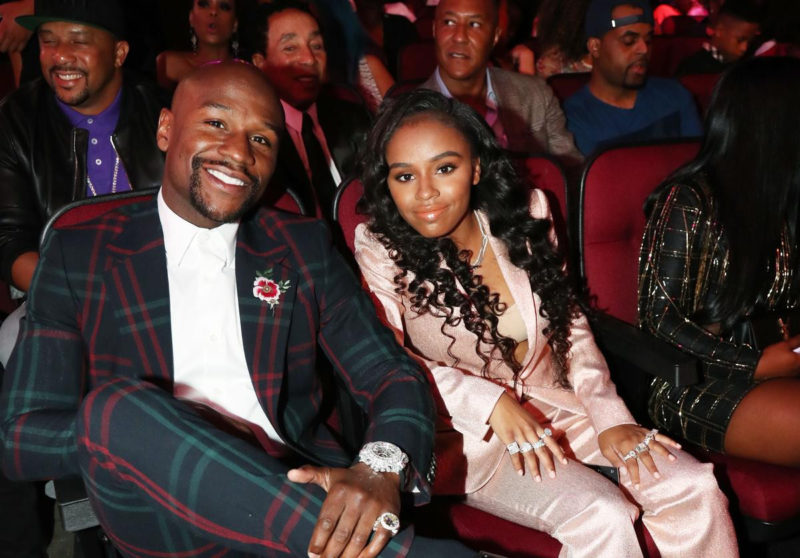 American boxing icon, Floyd Mayweather Jr has announced that his daughter Iyanna is pregnant with her first child, his (Mayweather) first grandchild.

The 43-year-old former boxer revealed the big news during a chat with Hollywood Unlocked: Uncensored.

Page Six reports that the baby will be YoungBoy’s sixth at the age of 21 and according to The Sun, the lovebirds have been together since 2019.

Mayweather and his ex-partner Melissia Rene Brim are said to be ‘happy’ for their daughter.

“If that makes her happy, then we’re happy — me and her mother are happy.

“What I try not to do is be in her personal business because once she’s no longer under my roof, then you know what? It’s between her and her better half.”