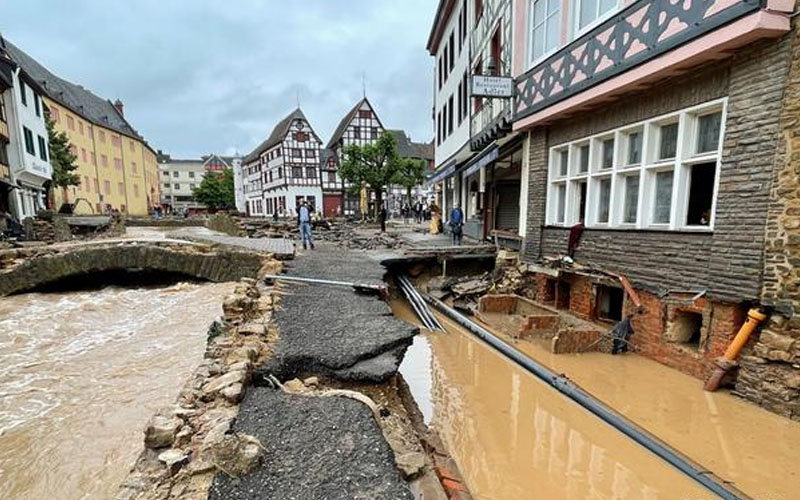 The number of people, who have died in the devastating flooding in western Germany has risen above 130 after police announced 90 fatalities in the Ahrweiler district on Saturday.

Saturday’s figure brings the total number of deaths in Germany’s western regions to 133, with 43 confirmed in North Rhine Westphalia late on Friday.

Rescue work continued across Europe where more than 150 people have died in the flooding after heavy rainfall hit parts of Germany, Belgium, France, Switzerland, Luxembourg and the Netherlands.

In Germany, the Police said on Saturday they feared more deaths would be confirmed in the Ahrweiler district, the focus of the crisis in the western state of Rhineland-Palatinate.

The Police there said they had received reports of 618 people injured.

In the Ahr valley area, where bridges are damaged and roads blocked, the Police asked the public to avoid the area where possible to keep routes clear for rescue vehicles.

Many are still missing more than two days after massive flooding hit the region and search and rescue efforts are ongoing.

Images of devastation have shocked the nation.

Over 19,000 emergency forces are working in rescue operations in the state of North-Rhine Westphalia, according to the regional government.