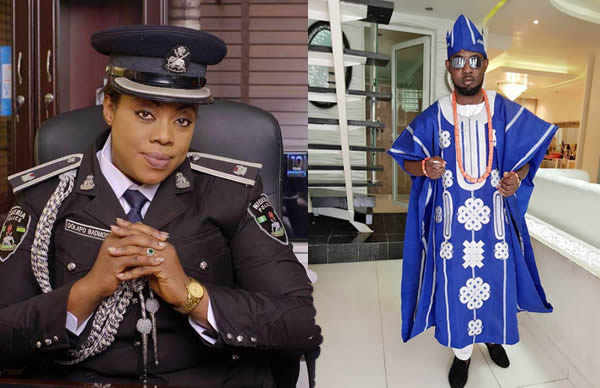 The Zonal Police Public Relations Officer, Dolapo Opeyemi Badmus, has advised residents in the state to stop flaunting their wealth on social media, explaining that it makes them “susceptible to attack and also increase the worries of the police”.

Badmus was reacting to a post on Instagram by ace comedian, Ayo Makun. In the post, the comedian had displayed some cash which was spent on his brother, Yomi Casuals, during his wedding at the weekend.

While the post generated mixed comments on social media, the police spokeswoman said his action is worrisome and could expose his brother and newly wedded wife to great danger.

She said AY’s action would increase the worries of the Police.

She wrote; “Why should @aycomedian post this on social media, he is making his brother @yomicasual and his newly wedded wife susceptible to attack and also increase the worries of the police.

Ayo Makun has since deleted the video.

On Monday, 0ctober I6, 2017, AY shared a video of wades of Nigerian and foreign currency generated from his brother, Yomi Casual’s wedding.

The video showed a counting machine and people sorting the proceeds from the wedding into sacks and bags.

“I remember making only 75k at my wedding…chai @yomicasual and @fabjewel there is God o.” AY wrote.

AY has deleted the video from his Instagram page following criticisms that trailed his post but the video had gone viral and was also posted by LindaIkeji.