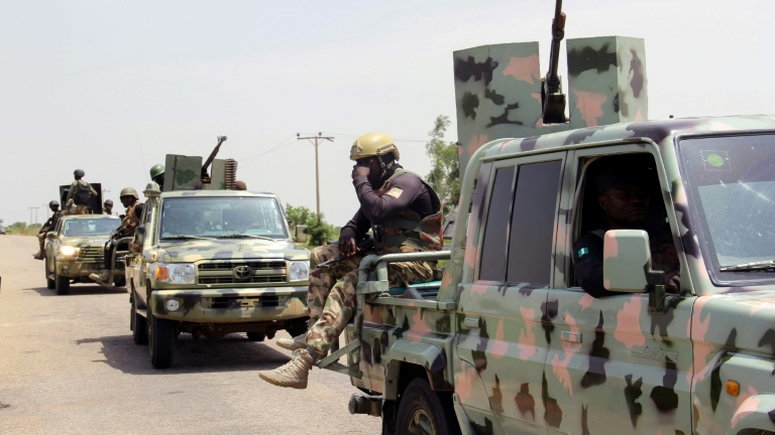 No fewer than five civilians were allegedly killed at Ilesha-Baruba, Baruten Local Government Area of Kwara following a clash between some soldiers and commercial drivers.

The clash according to sources, occurred on Friday evening due to a misunderstanding over bookings between soldiers mounting roadblocks on the Ilesha-Baruba/Chikanda highway, and commercial drivers plying the route.

It was gathered that a driver, who was coming from Sinawu market in the area, refused to pay N200 allegedly demanded by the officers on the road.

The driver was reported to have told them that he was already booked, and he paid earlier in the morning.

His refusal infuriated the officers, and the driver was allegedly slapped and ordered to do frog jumps.

According to the sources, the vehicle was also seized.

The driver later left the spot and lodged a complaint with officials of the transport union in the area.

Members of the union subsequently followed the driver with the aim of talking to the soldiers on his behalf.

This however allegedly degenerated into unpleasant arguments, leading to the alleged shooting of some drivers with three allegedly dying on the spot and two dying later from gunshot wounds.

MORE READING!  Attacks on Fulani in southwest may lead to civil war - ACF

One of the sources said that the corpses of the deceased were taken to a morgue in Saki, Oyo state.

He added that some victims with serious wounds were presently receiving medical care at a hospital in Saki while some were taken to native doctors in Kenu village for removal of bullets from their bodies.

When contacted for reaction on the shooting incident, SP Ajayi Okasanmi, the Public Relations Officer of the Police Command in Kwara confirmed the clash between the soldiers and drivers.

“The Commissioner of Police has ordered a full-scale investigation into the crisis and we will communicate our findings very soon,” he said.

The police spokesman stated that normalcy had been restored to the area with the deployment of men of the state command. (NAN)

Three die as mob attack Customs base in Kwara