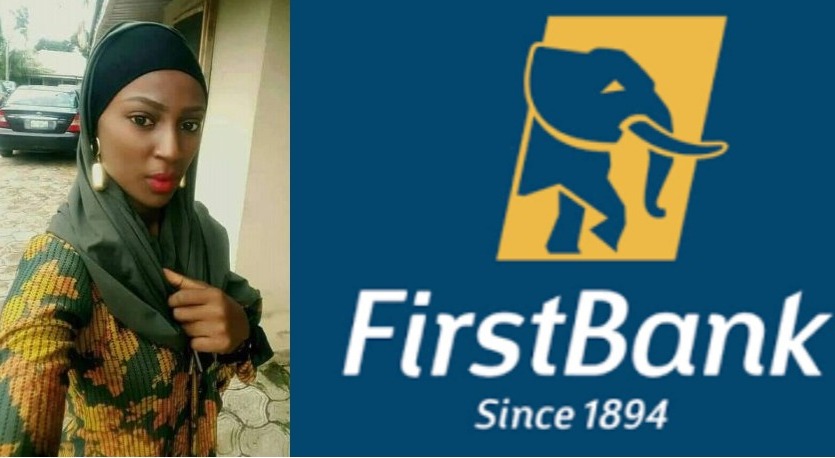 First Bank Nigeria has finally reacted to the gruesome murder of one of its workers, Adetutu Ibrahim, who was shot dead by suspected assassins last Wednesday 28 August, in Akure, the Ondo State capital.

WUZUPIGERIA reports that Adetutu who, before her death, worked with the Oja Oba branch of the bank in Akure, received several threats after a misunderstanding with some customers of the bank before she was murdered by two unknown gunmen on Wednesday evening.

Her death had evoked reactions from family, friends and social media users calling for justice for the slain bank worker, they had also condemned her employer for their silence over the issue.

First Bank finally broke its silence on Monday morning in a post via its verified Twitter handle @FirstBankngr.

They bank sympathised with Adetutu’s family and said it is looking to the security agencies to fish out and punish the culprits.

The bank also called for prayer for the slain worker.

Teenager stabs classmate to death for refusing to be his girlfriend