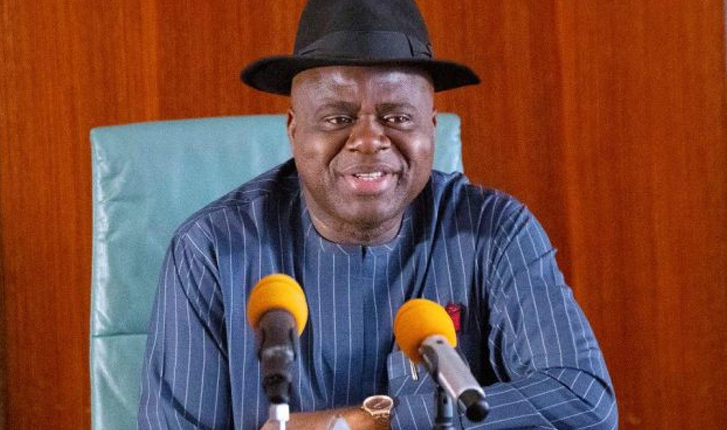 The projects are a state-of-the-art automated incinerator at the Bayelsa Medical University (BMU) complex and a 50-bed referral hospital at Kaiama in Kolokuma/Opokuma Local Government Area.

Also inaugurated is a bridge at Imiringi community in Ogbia Local Government Area. The bridge was destroyed by flood in 2012.

Inaugurating the incinerator, Diri said that the waste management facility would be a Public-Private Partnership to drive revenue for the state.

He said that the project would complete the circle of waste management, transform them into a money-making venture and manpower development for youths in the state.

The governor also announced that an executive bill to regulate waste management would be sent to the state House of Assembly as a prelude to the Bayelsa State Healthcare Waste Law.

He urged the people to turn a new leaf in waste disposal and join hands with the government in the new initiative to transform wastes into revenue.

At the referral hospital in Kaiama, Diri assured that his government would work assiduously to bring healthcare services closer to the people.

He described the facility, which was started by the administration of late Melford Okilo, in the old Rivers State and revived by his predecessor, Sen. Seriake Dickson, as massive.

He noted that the immediate past governor executed 60 percent of the project while his administration completed and equipped it.

The governor directed the Ministry of Health to ensure the completion of all referral hospitals across the state and put them to use this fiscal year.

He thanked Hon. Tonye Isenah, for being part of the history of the access road to the hospital.

”The previous administration replicated this referral hospital in all the local government areas. I hereby direct the Commissioner for Health to ensure that all of them are completed and put to use not later than this fiscal year,” Diri said.

However, he commended the BMU Vice-Chancellor, Prof. Ebitimitula Etebu, for the bright idea geared towards diversification of the state economy.

Earlier, Etebu stressed the need to address major challenges associated with waste disposals such as environmental degradation and public health concerns that gave birth to the incinerator.

He expressed the hope that special waste legislation for regulatory framework would make Bayelsa blaze the trail in curtailing the menace of hazardous waste disposal.

In his remarks, the Commissioner for Health, Dr. Newton Igwele, said the present government completed the referral hospital within three weeks as they worked round the clock to ensure it was commissioned.

The governor also commissioned a bridge at Imiringi linking some communities in Ogbia local government area.