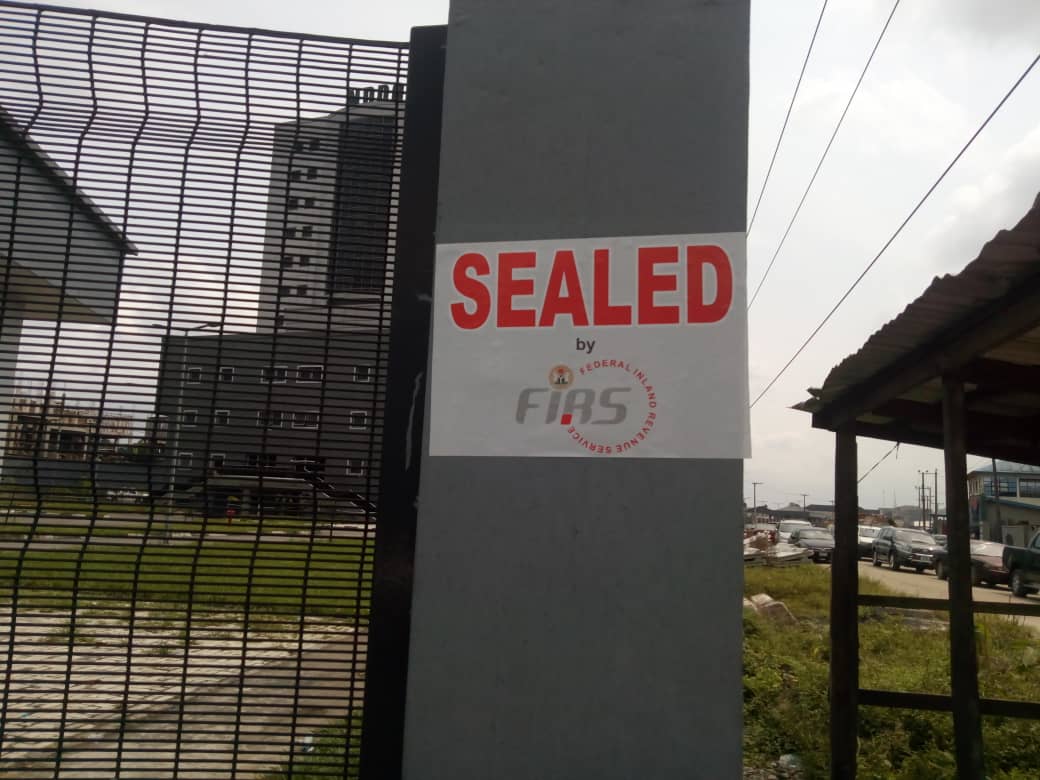 The PUNCH reports that the NDDC headquarters located at the Marine base axis of the Rivets State capital remained sealed around 11:10am on Friday, adding that the main gate and adjoining walls had over nine stickers with the inscription ”sealed by the Federal Inland Revenue Service.” posted on them.

A security vehicle donated to the police by the Dangote group was stationed opposite the main entrance which carried the bold inscription ‘sealed’.

A resident in the neighbourhood, who simply identified himself as Peter, revealed that the seal was discovered on Thursday morning adding that the staff of the interventionist agency who reported for work returned home after waiting in vain to gain entry for hours.

“We saw this seal on Thursday morning when the NDDC workers were coming to work, the situation caused confusion, many workers left while some waited around.

“Some workers still came to work today (Friday) and the gate is still sealed,. To be honest with you I don’t know why a Federal Government agency would seal off another Federal agency,”  the resident said.

A couple of months ago, protesting youths under the aegis of the Ijaw Youths Council had sealed the same facility which was inaugurated on Match 11, 2021, by the President, Major General Muhammadu Buhari (retd).

The youths who also sealed the Rivers State office of the NDDC located on Olu Obasanjo Road, Port Harcourt said their action was to protest the continued delay by the apex government in constituting a substantive board for the interventionist agency.

Efforts to reach the Director, Corporate Affairs of the NDDC, Dr. Ibitoye Abosede, proved abortive as he neither answered calls put across to his mobile line by nor did he reply to a text message sent to him as of the time of filing this report.