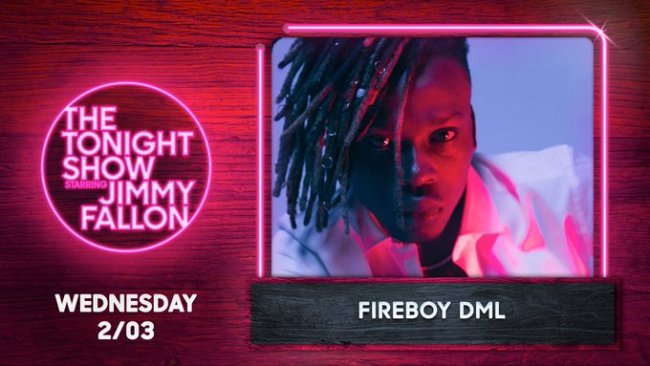 Sharing a poster image of himself, the excited artist wrote:

“catch my performance on @FallonTonight this Wednesday, 2 pm EST.”

The Tonight Show Starring Jimmy Fallon is an American late-night talk show which premiered on NBC on February 17, 2014, hosted by Jimmy Fallon and is produced by Broadway Video and Universal Television.

The YBNL signee joins the list of Nigeran leading artistes like Davido, Burna Boy and Tiwa Savage who have graced the stage on Jimmy Fallon’s talk show. 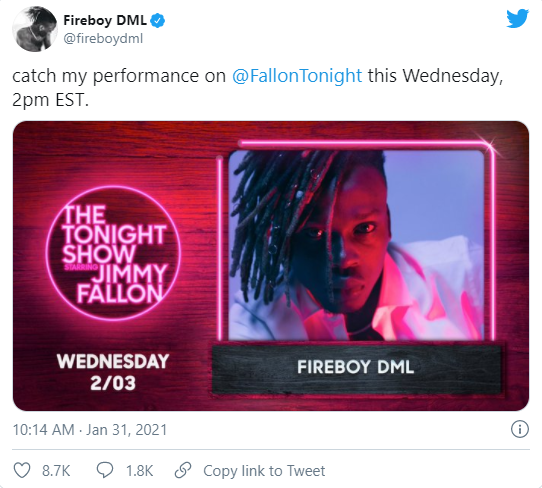