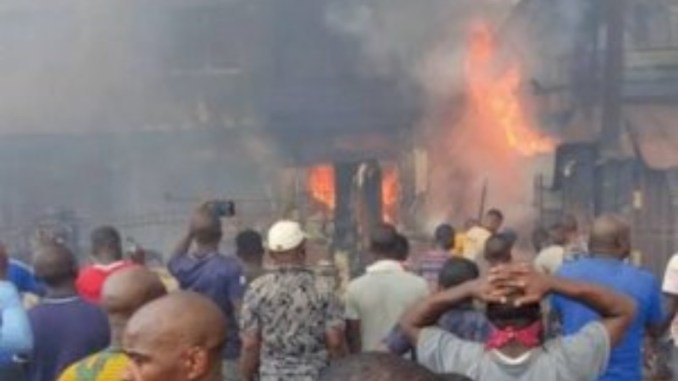 Reporters gathered that property worth millions of naira was damaged by the fire, the source of which could not be immediately ascertained.

It was gathered that firefighters from the Oyo State Fire

Service arrived at the scene few hours after to douse the fire.

Speaking to reporters about the incident, the Director of Operation Oyo State Fire Service, Mr. Ismail Adeleke, said no life was lost in the fire incident.

Adeleke said that it was only the living room and the corridor of the building that was affected by the fire incident due to their quick intervention.

He listed the items destroyed by the fire to include Plasma television, Air conditioners, and chairs.

Adeleke said the investigation was ongoing to ascertain the cause of the fire incident.