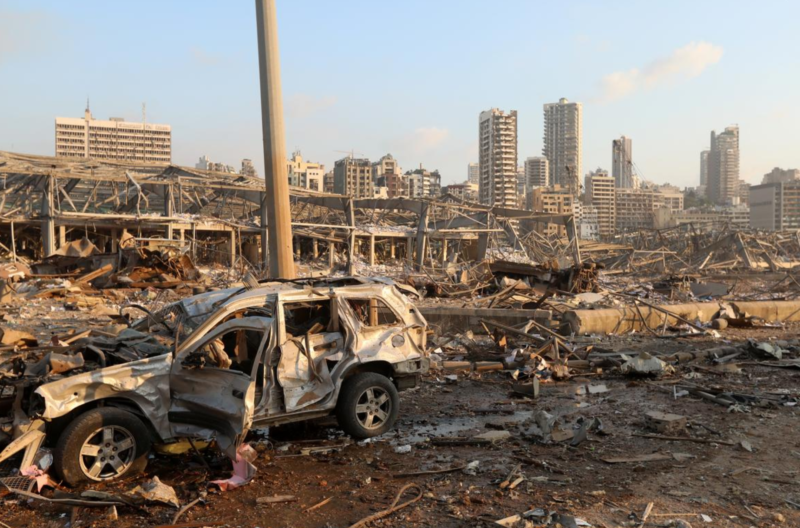 Officials say fire has erupted at Beirut’s port, just a few weeks after a massive explosion killed over a hundred people.

The cause of the fire is unknown as of the time of filing this report but officials say the fire started in a store for oil and tires.

A column of black smoke billowed from the port at midday Thursday, with orange flames leaping from the ground.

The Lebanese army said the fire is at a warehouse where oil and tires are placed in the duty-free zone at the port adding that fighting the blaze is ongoing and that army helicopters are taking part in the operation.

MORE READING!  Looters of COVID-19 palliatives will be brought to justice - El-Rufai

The visuals from smoke and blaze are not unlike the Beirut blast on August 4 that killed about 190 people and injured 6,000 people.

A video circulating on social media showed workers at the port running away in fear as soon as the fire broke out, a chilling reminder of last month’s blast that killed dozens of port employees and 10 firefighters.

The Army informs people in the vicinity of Beirut port to evacuate as another huge fire rages.

Television footage showed firefighters trying to douse the blaze in an area surrounded by the mangled remains of warehouses that were destroyed in the explosion last month.

Local TV stations said the companies that have offices near the port have asked their employees to leave the area.

Lebanese troops closed the major road that passes near the port referring traffic to other areas.