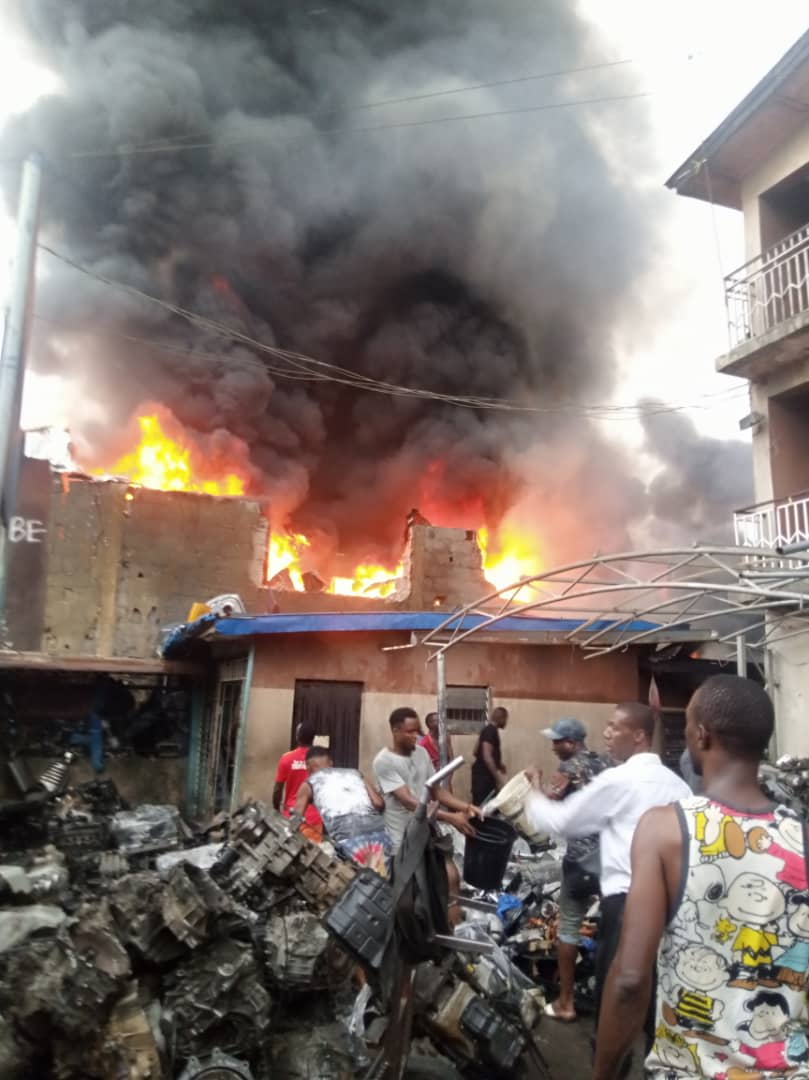 Fire has destroyed goods worth millions of Naira as it gutted some spare part shops in the Alapeju section of the Ladipo Market, Mushin, Lagos State,

No casualty had been recorded as of the time of filing this report.

Emergency responders who stormed the scene of the incident were said to have been battling to curtail the fire, The PUNCH reports. 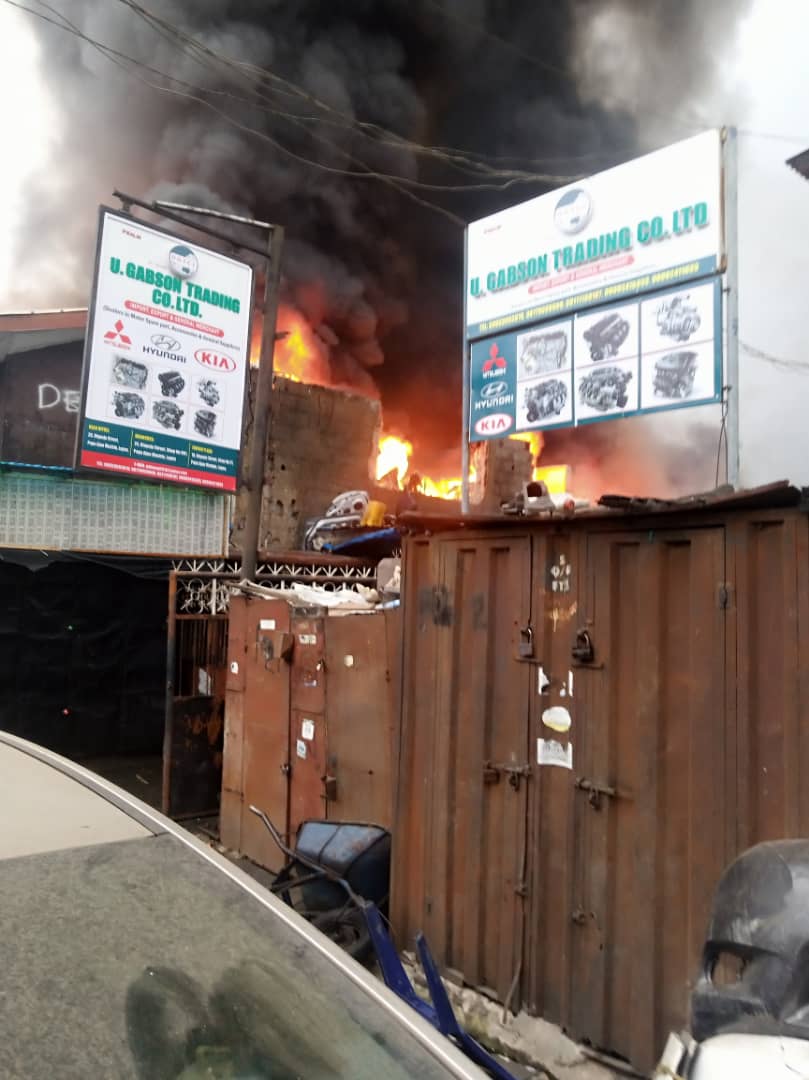