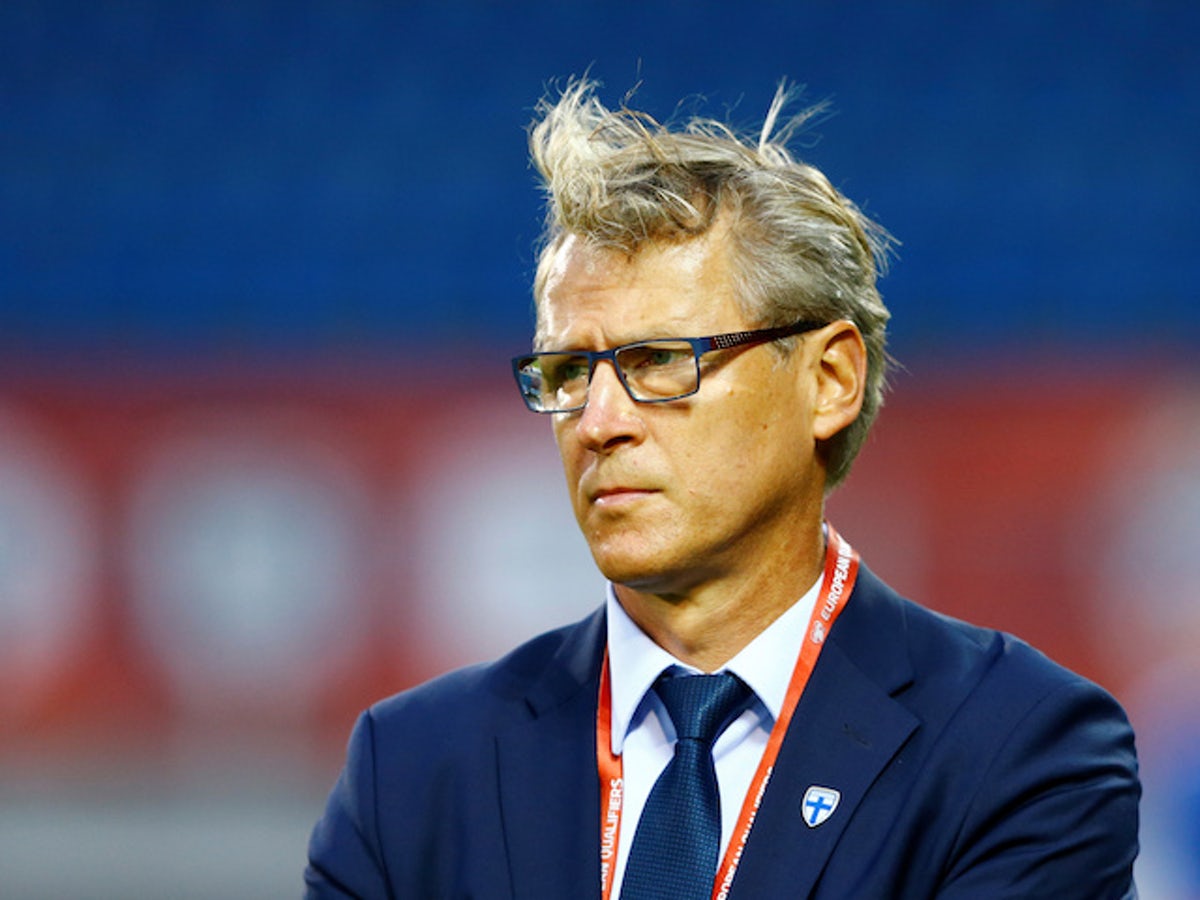 Finland aim to do the impossible when they face Belgium on Monday for their final EURO 2020 Group B match as they seek a place in the last 16 of the tournament.

Finland coach Markku Kanerva described the game against The Red Devils as the “most important in our history”, according to AFP.

The Finns are third in the group after winning their opening game 1-0 against Denmark, a victory overshadowed by Christian Eriksen’s cardiac arrest, before losing by the same score to Russia.

A win over leaders Belgium would secure Finland a spot in the knockout phase on their debut at a major tournament, as well as top spot if Russia fail to beat Denmark.

“It’s the most important match in our history. A huge dream can be fulfilled, which is qualification. It’s in our hands,” Kanerva said in Sunday’s press conference.

“My colleagues will keep me informed of the score (in the other game). I hope we don’t need to take that into account. I want us to be in charge of our own match. We have the chance to finish top of the group.” A draw would be enough for Finland if Russia lose to Denmark, but they could also go through in spite of a defeat against the world’s top-ranked side depending on other results.

“Our dream was to take part in this Euro, but just because that dream is achieved doesn’t mean we don’t have others,” said defender Jere Uronen.

“We know it’s very important for the whole country, it’s a question of national pride.

“We’ve been together for a month, our families miss us, but we don’t want to go home to them yet. Being here is the peak of my career. I don’t want this story to end.” Finland have won just one of their past eight matches but can take confidence from a 2-0 friendly win over world champions France in Paris last November.

“It’s great to be able to play against the two best teams in the world. We have that experience from playing France and we have a few ideas how to beat these big teams.” Belgium are assured of reaching the next round following wins over Russia and Denmark, with Kevin De Bruyne fit again after he sustained facial fractures in the Champions League final.

The Manchester City star came on at half-time against Denmark and set up Thorgan Hazard for the equaliser before hitting the winner himself to seal a 2-1 victory.

“We’re going up against stars. For example, De Bruyne is a player who never stops moving, finding spaces… But we can’t play against just one player.

“Of course we’re going to have to know how to defend him, but against all the Belgians as well. They have the best options in every position. They’re a great team, regardless of who’s in the starting line-up.”

Related Topics:BelgiumfinlandMarkku Kanerva
Up Next