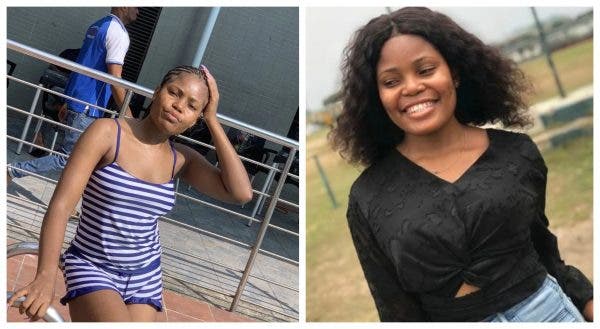 A young female jobseeker, Iniubong Humoren, who went missing after allegedly meeting with her interviewers in Akwa Ibom State, has been found dead.

WUZUPNIGERIA reports that Umoren was first declared missing by her friend, Umoh Uduak, on Thursday after she tried to contact her friend via a WhatsApp’ voice note. Noticing the voice note was about a second long, Uduak attempted to call her back on the phone, only to hear her scream briefly when she picked her call.

Afraid and not being able to reach Iniubong on the phone again, Uduak raised an alarm on Twitter, alerting the public that Iniubong might be in some danger. Soon the hashtag, #FindHinyHumoren begun to trend.

Reacting to her disappearance the Akwa Ibom State Police Command’s spokesperson, Odiko Macdon, said that two persons have been arrested in connection with the disappearance of the job-seeker.

But on Sunday, Uduak announced the passing of her friend, Humoren.

In a tweet, Uduak said, “They killed my friend and they buried my friend”.

Reacting to her death, Dr PamPam a.k.a @UnclePamilerin prayed that the deceased rest in peace.

“The 4 years, 8 semesters, 64 courses, 151 credit hours, all gone because of one unfortunate boy that cannot put his penis in order. God why .. continue to Rest In Peace HinyHumoren Broken heart this is so painful #FindHinnyHumoren. Your killer will know no peace forever”

On his part, one Toyyib Adewale Adelodun/@taadelodun noted that the deceased is a victim of the growing insecurity in the country.

“When Unemployment meets Insecurity. What happened to #HinyUmoren can happen to anyone of us. We hope the family can get justice.

“As we are hustling for our daily bread, we pray nothing consumes us. Let us keep looking out for ourselves. It’s a wicked world out there.”

@AdemolaOguntona described the death as the worst, devastating news he ever read.

“This is the worst, most devastating News I’ve ever read, somebody can not do prostitution and Does not want to be lazy, yet the society can not protect her. This demystifies doing the right things. God help us.”

Man strangles girlfriend, two daughters a day after burial of his son

Gunmen attack another police station in Ebonyi, kill one cop