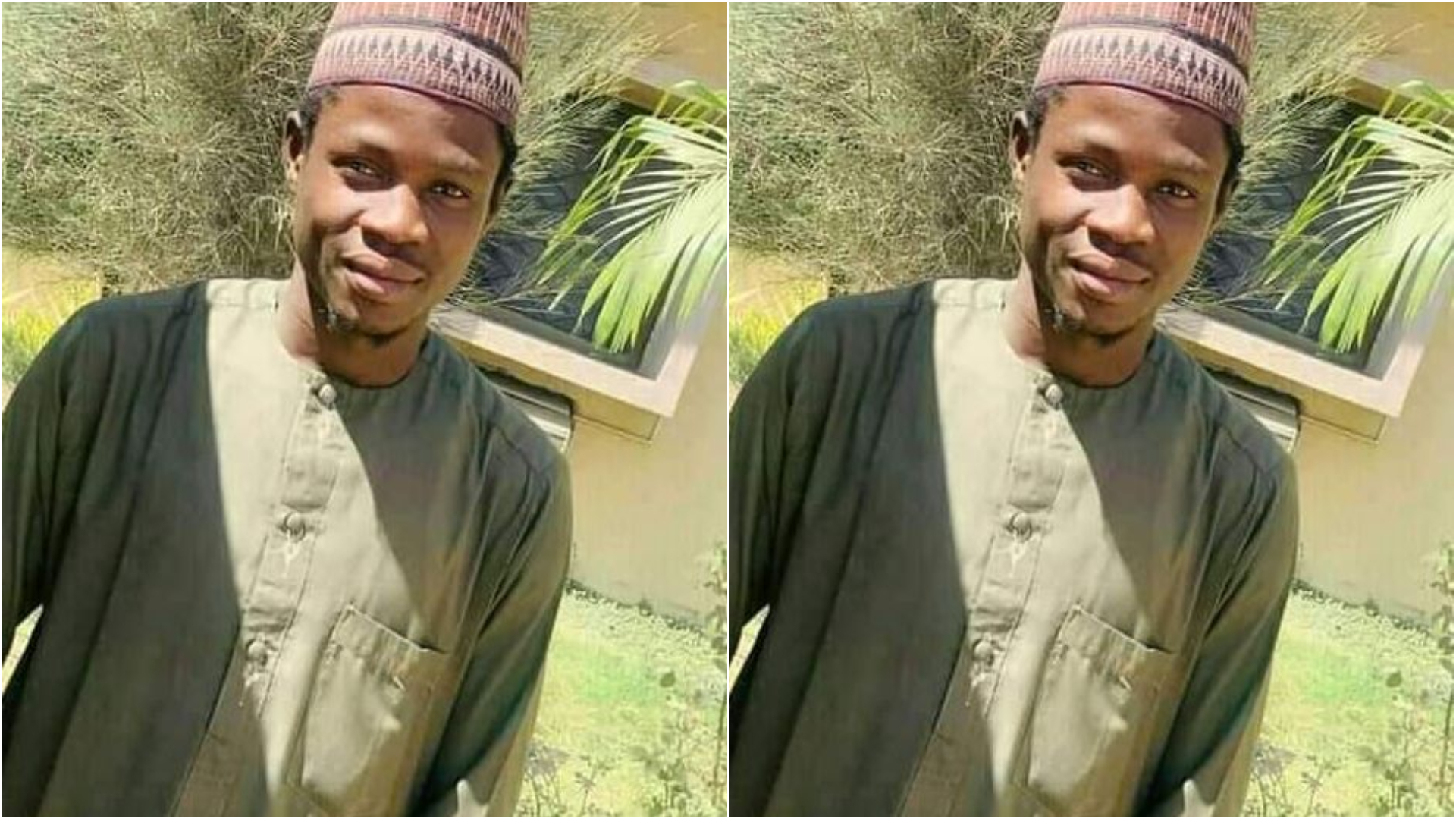 Abbas, a student of Geography Department had gone to the Dam along with some friends to relax on February 12.

It was gathered that Abbas’ corpse was retrieved and taken to his country home in Kano, where he was buried.

The SUG President, Aliyu Sale Damaga, confirmed the incident in a statement published by his S.A on Media & Publicity, Aliyu Bashir Maiyaseen.

“PREAMBLE: CONDOLENCE MESSAGE TO THE FAMILY, FUDMITES AND SCHOOL MANAGEMENT AT LARGE, OVER THE DEMISE OF ABBAS YUSUF (400Lvl, Geography dept)

His death is a great loss, not only to his family but to the entire Fudmites.

May Almighty Allah grant him Jannatul Firdausi and also gives his family, friends, Fudmites and school management at large, the fortitude to bear the irreparable loss. May Allah make his grave a place of comfort and light. Aameen 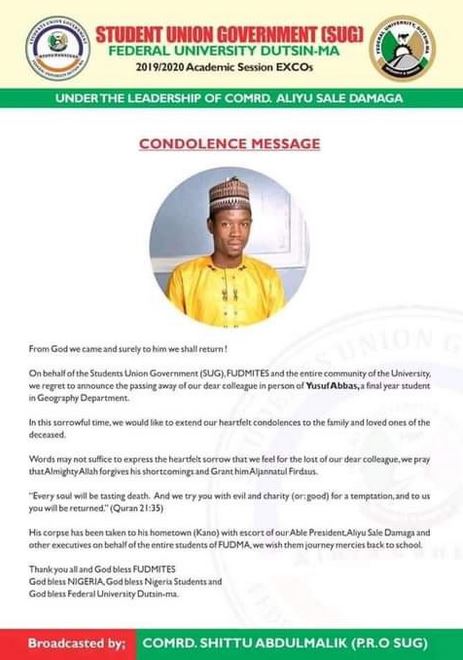 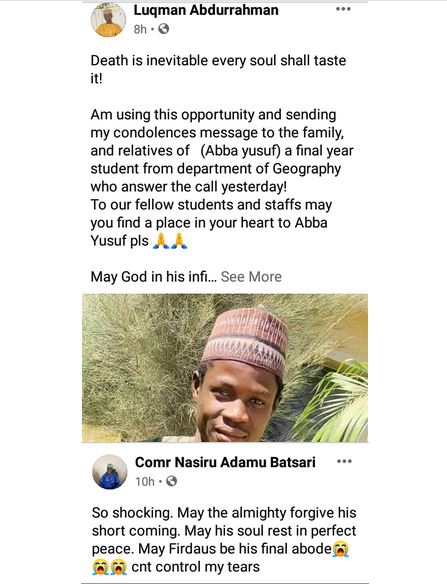 In other news, the abducted female reporter of the Nigerian Television Authority (NTA), Mrs Chidiebere Onyia in Port Harcourt has been released.

Mrs Onyia was released from captivity by her abductors on Sunday by 12noon.

Though it was unknown whether the family paid a ransom for her release.

Onyia, a mother of three, was whisked away to an unknown place by her abductors on February 9 while returning from her office.

Onyia was said to be conveying some of her colleagues in her private car to their destinations at about 6.30 pm when the hoodlums blocked her vehicle at Woji area of Port Harcourt, isolated her and zoomed off.

Though the police were yet to confirm the release, Mrs Onyia’s colleagues confirmed her release to Journalists.

VIDEO: Lady goes mad while trying to accept proposal ring from her boyfriend