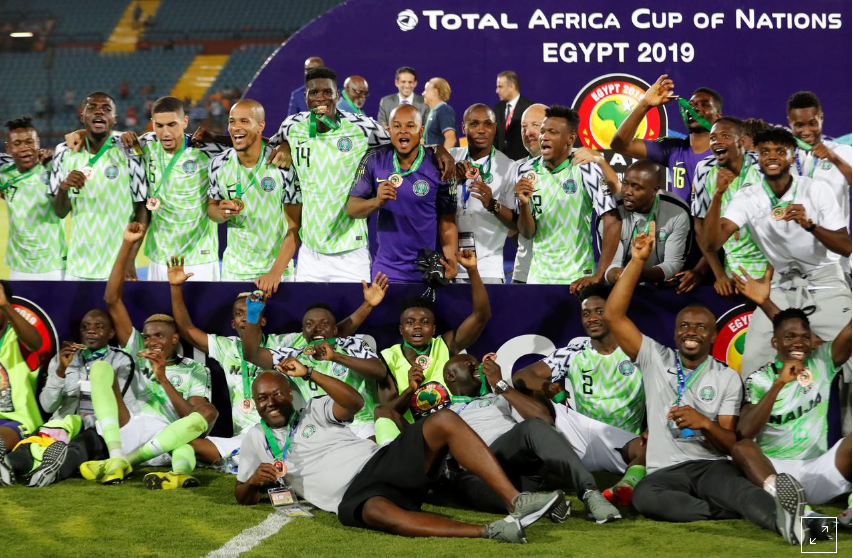 Nigeria gained 48 points in the July FIFA ranking to move up 12 spots in the world and retain its 3rd position in the continent.

In the ranking table released by FIFA on Thursday, Nigeria garnered 1, 481 points and climbed to 33rd in the world as against 1, 433 it had in June when it was ranked 45th.

With the latest ranking Nigeria, which won bronze at the just-concluded Africa Cup of Nations (AFCON) tournament, retain its third place in Africa behind Senegal and Tunisia, who are 20th and 29th in the world.

Algeria, the African champions are the biggest mover in the July edition by ranks and points, the AFCON winner garnered 117 points to move 28 places to 40th in the world and climbed from 12th in Africa to fourth place. Fellow finalists, Senegal retain their top spot on the continent and are still the highest-ranked African country in the world at 20th spot.

AFCON surprise quarter-finalists, Madagascar (96th, up 12) and Benin (82nd, up 6) saw their continental performances rewarded with a ranking upgrade.

With the regional champions becoming some of the primary beneficiaries in the July update, on the global scene, new South American champions, Brazil (2nd, up 1) leapfrogged France (3rd, down 1) in second place and trail leaders Belgium by a narrow margin of 20 points.

Dani Ceballos takes No. 8 jersey as he joins Arsenal on loan from Madrid [Photos]