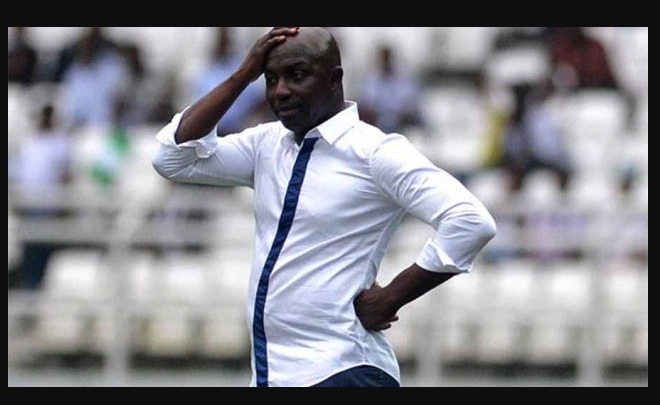 Former Super Eagles coach Samson Siasia, who was banned by Fifa in 2019 over bribery allegations has said his close friends abandoned him from the time the verdict was given.

But the life ban was reduced to five years by the Court of Arbitration for Sport on Monday.

CAS also cancelled the $50,000 fan imposed by FIFA for match-fixing and backdated the ban to start August 2019.

While addressing the media on Friday in Abuja, Siasia said the ban reduction was a big relief, adding that it had given him hope of returning to football, The PUNCH reported.

“I want to thank CAS for their judgment, which has given me hope to return back to what I know how best to do.

“I’m happy I’m gradually out of the hook because in a couple of years I will go back to what I know how best to do,” Siasia said.

The former Eagles, U-23, and U-20 coach lamented his neglect during the trying times, despite serving the nation meritoriously.

He however said he would need to consult with his lawyers to determine whether to appeal the CAS ruling, which would cost him €100,000.

“Even my close friends abandoned me. Even, for the Legends Game organised by FIFA, I have not been invited again.

“I don’t know what I did to them, even when I wasn’t guilty of what I was accused of.

“When the life ban pronouncement was first declared by FIFA, I met with the Minister of Youth and Sports Development, who barely resumed office then and briefed him, but all the minister could say was that there was no money.

“But I have invested in human beings in this country by training lots of young players who are stars today.

“How will I fight FIFA? I don’t have that strength, but the government can stand up and stand for me. But everyone left me in the dark.

“I will have to meet with my lawyers and decide what next to do in the next couple of days.