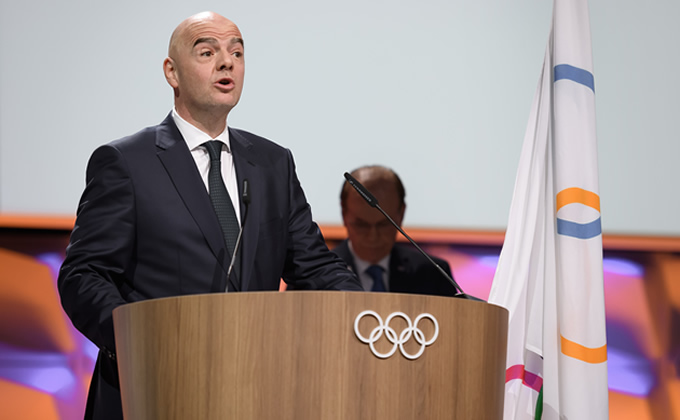 World football governing body FIFA says it will join the African Union, the World Health Organisation, and the Confederation of African Football to jointly address the issue of domestic violence across the African continent.

According to FIFA, one of the proposed ways to fight this violence is the initiation of a campaign tagged #SafeHome, which has been supported by a number of African football stars via video awareness messages distributed on social and traditional media.

The initiative is designed to support women and children who are victims of domestic violence, particularly as stay-at-home measures in response to COVID-19 have put them at greater risk.

President Gianni Infantino was quoted on the FIFA website saying, “I am glad that today we can launch this campaign on the important topic of domestic violence, which is significantly exacerbated by COVID-19 lockdown conditions and movement restrictions, together with our partners, the African Union, WHO, and CAF.

“It is our duty to leverage the immense popularity of football in Africa to raise awareness on this societal challenge with a very clear message, violence has no place in homes, just as it has no place in football.”

CAF President Ahmad Ahmad stated, “Whether at home or on the pitch, everyone is entitled to respect and safety. Domestic, physical, or moral violence, especially against women and children, must be condemned. Do not be afraid or ashamed to seek help if you are a victim of violence in your own home. If you are a witness to violence, intervene or get help, but do not stay silent, remaining silent is to be guilty of complicity. Never forget that everyone has a right to live in safety in their own home.”

“Violence against women is a major threat to women’s health and that of their children,” Dr. Tedros Adhanom Ghebreyesus, WHO Director-General, said.

“It is also a grave violation of human rights – and it must end now. WHO is proud to stand with FIFA, the African Union, and CAF to launch this campaign across Africa to bring attention to this critical issue. We are committed to a world where women live free from violence and discrimination.”

Volleyball catching up with football in Nigeria – Nimrod