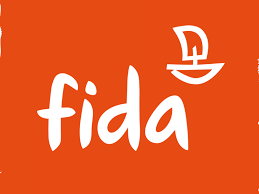 The International Federation of Women Lawyers (FIDA) has advocated the establishment of Family Courts to fast track the prosecution of Gender-Based Violence.
Speaking when FIDA paid a courtesy call on Gov. Nasir El-Rufai on Wednesday in Kaduna, the state Chairperson of the association, Zainab Atoba said that the court would promptly handle cases of rape, defilement, wife battery, child abuse, child labour and marriage issues.
According to the FIDA chairperson, the regular courts are burdened with too many cases and “can hardly give us what we want and in good time.”
Atoba also suggested that Sexual Assault Referral Centres be created in every Primary Health Centre in Kaduna state.
“We also call for the establishment of more Sexual Assault Referral Centres in Kaduna state for purposes of proximity.
“We have people who have cases of rape, defilement and other GBV crimes but have transport challenges to travel to any SARC centre that is closest to them,’’ she said.
Atoba also called for the appointment of more high court judges and amendment of some sections of the state Child Welfare Protection Law and the Penal Code to provide stricter penalty against those convicted of gender-based violence.
The Newsmen reports that during the visit, FIDA presented the governor with the Hausa translation of Administration of Criminal Justice Law of Kaduna State (2017), done by the association.
Responding, El-Rufai thanked FIDA for the visit and promised that the government will do whatever it can to support the association in its advocacy.
The governor lamented that rape and Gender-Based Violence have become an epidemic in the country, adding that the data was worrisome.
He appreciated the role that FIDA has been playing to ameliorate the problem.
El-Rufai said that his administration has been clamouring for both Family Courts and Small Disputes Courts, where minor disputes “can be easily resolved without recourse to legal procedures so that the load on our justice system will be reduced.’’
“We are also working to have more judges in the state. I think that Kaduna state needs 20 more high court judges.
“We put in a request to the National Judicial Council but we are not getting the appropriate response; we got approval for only four,’’ he revealed.
The governor said that Kaduna state even offered to pay the salaries of the judges that the government requested for, because “our high court judges are overworked.’’
According to El-Rufai, the average workload of a high court judge in Kaduna state is over 200 cases.
“No human being can handle that efficiently. It is delaying justice and also encouraging impunity,’’ he added.
The governor revealed that suspects taken to court for the violence that took place in 2016 in the state are yet to be convicted.
“And that is why we had another outbreak recently. If people are being convicted, then it will send a lesson,’’ he stressed.
MORE READING!  Court dissolves marriage of three years over father-in-law’s interference
Related Topics:FIDASexual violence
Up Next