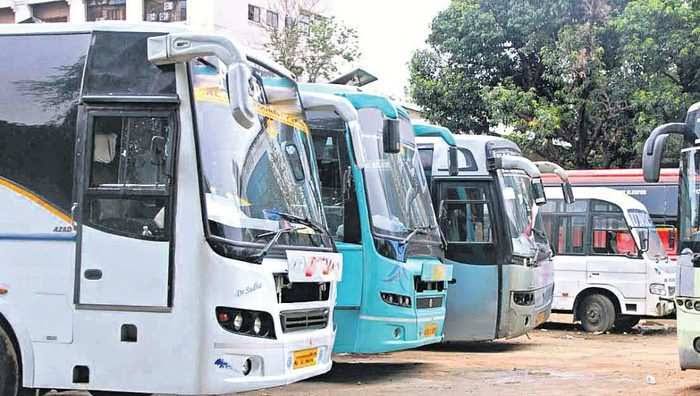 The Federal Government has set up modalities for the disbursement of 2,000 buses as part of efforts to eradicate poverty in the country.

The Minister of Special Duties and Intergovernmental Affairs, Dr George Akume, said this on Monday in Abuja at the Inter-Ministerial Stakeholders meeting on Poverty Alleviation.

He said that the initiative was part of the programmes to lift 100 million Nigerians out of poverty and is being executed in collaboration between his ministry, Federal Ministry of Agriculture and Rural Development; and other government agencies, saying, the disbursement of the buses would be through cooperative societies of Nigeria.

“The alleviation of poverty in Nigeria has been and always remains a cardinal agenda of the administration of President Muhammadu Buhari.

“You will recall that Mr President in his 2019 Democracy Day address said, ‘With leadership and a sense of purpose, we can lift 100 million Nigerians out of poverty in 10 years, ” Akume said.

He said that the need to tackle and eradicate poverty has become even more imperative especially in the aftermath of the COVID-19 pandemic and its devastating effect on the world economy.

MORE READING!  Picture of Corp member killed in #EndSARS protest is from a movie - NYSC

The Minister said that the difficulties encountered by the recent deregulation of the downstream sector which was aimed at putting the economy on sound footing, also underscore the need for such initiative.

Also, the Minister of Agriculture and Rural Development, Sabo Nanono, represented by his Permanent Secretary, Dr Abudulkadir Mua’zu, said that endemic poverty and unemployment had frustrated and depressed the youth.

“The issue of poverty and of course, its tore runner and close relative, unemployment. Poverty and unemployment have given rise to so much frustration, desperation and depression among our youth that many argue that they are at the roots of the nation’s triple challenge of insecurity, corruption and struggling economy.”

Mua’zu, however, expressed hope that the distribution of the buses to farmers through cooperatives arrangement, would reduce poverty as agricultural produce would be transported from the farms to selling points.

On her part, the Minister of State for Transport, Senator Gbemisola Saraki, stress the importance of the programme, adding that it would ease transportation challenges especially among the farmers.

“The full impact of increasing agricultural productivity would not be realised until we can eliminate the farm-gate and in-transit losses that eroded up to 70 per cent of the gains,” Saraki said.

Equally, the Chairman, Federal Director of Cooperatives, Mr Abubakar Jibril, assured Nigerians that the cooperative platform would follow the structure of the cooperative system operating in Nigeria and make the best use of the initiative.

Meanwhile, in another event, the Inter-Ministerial Expert Technical Committee (IMETC) set up by the Federal Government to ensure the implementation of President Muhammadu Buhari vision had submitted its reports to Dr George Akume for onward review.

Speaking on the progress, the IMETC Coordinator, Dr Bassey Ikang, said the committee members had fruitful deliberations within one month duration given to them.

He said that the group was also tasked on developing appropriate model for funds mobilization for the execution of poverty reduction, job creation and strengthening Public Private Partnership cooperation among others to deliver on the given mandates.

Related Topics:federal government
Up Next