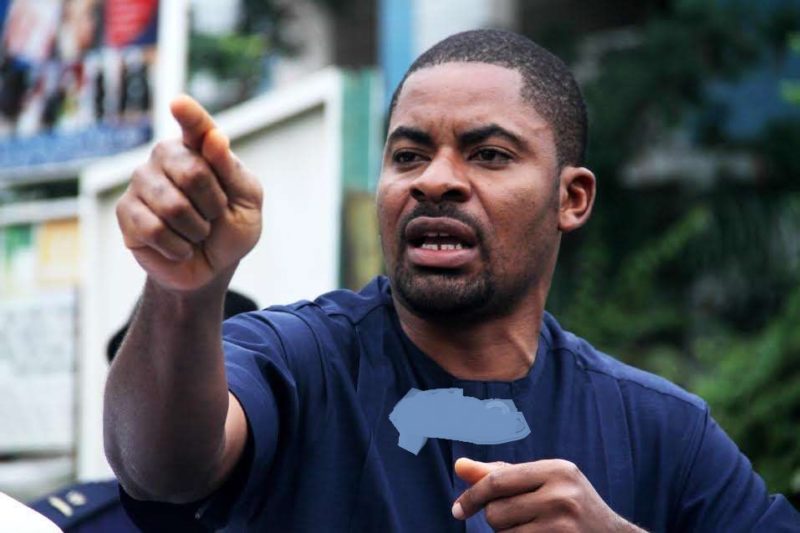 Abuja-based rights activist, Deji Adeyanju has accused the Federal Government of using the Department of State Services to plant guns in the house of the activist, Sunday Igboho, after an attack on the Ibadan home of the Yoruba Nation agitator.

Adeyanju said Igboho should be thankful that the agents planted only guns and not bombs in his house.

In a tweet, Adeyanju, the convener of Concerned Nigerians, berated the DSS for allegedly killing two people in Igboho’s residence.

He said, “Igboho should be thanking God that it is only guns they planted in his house and not bombs.

“This hopeless Government killed 2 people in Igboho’s house and they are acting like they didn’t commit any crime today.”

Recall that some gunmen had in the early hours of Thursday invaded Igboho’s residence in Ibadan, Oyo State.

The house according to a report by WuzupNigeria on Thursday was invaded around 1.am and lasted till around 5.am.

The DSS, however, confirmed the attack while parading 11 men and a woman arrested after a fierce battle as claimed.