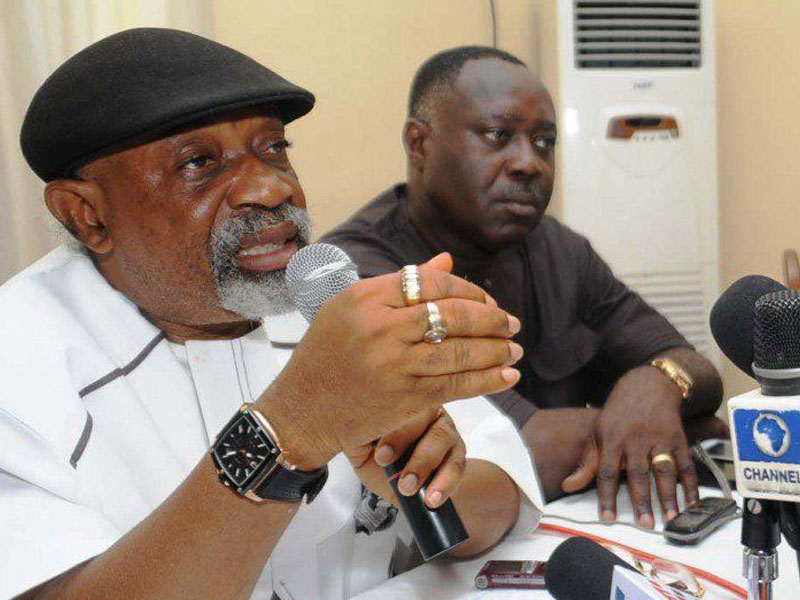 The Federal Government has revealed that a delegation would on Wednesday (today) meet with the leadership of the National Association of Resident Doctors to stop their proposed strike scheduled for Thursday.

This was disclosed by the Minister of Labour and Employment, Chris Ngige and the spokesman for the ministry, Charles Akpan, in separate interviews with our correspondents on Wednesday.

The NARD had on Sunday called on its members to commence what it called “a total and indefinite strike” on Thursday by 8am if the Federal Government refuses to accede to its demands.

Ahead of today’s meeting, it was learnt that officials of both the Ministry of Health and Ministry of Labour and Employment had been meeting members of the Committee of Chief Medical Directors and a team of the Medical and Dental Council of Nigeria to avert the strike.

Ngige in the interview with The PUNCH on Tuesday said, “I was in a meeting with the government’s side, the Ministry of Health, the Committee of CMDs and the Registrar of Medical and Dental Council of Nigeria.

“We are meeting with NARD leadership tomorrow (today). A lot of things have been put in motion to address their concerns.

“For example, on the issue of house officers, I expect that by today, those outside the payroll of MDCN, we agreed that we start that payment while we do our matching of the nominal roll and approved payroll which the MDCN claimed was overshot.”

When asked if he was convinced that the last-minute meeting was capable of stopping the resident doctors from proceeding with the strike, the minister replied, “Yes, why not? Because a lot of the issues have been settled from what I saw. It is work in progress.

Also the ministry spokesman, Akpan, said Ngige would meet with the doctors at 3pm on Wednesday.

The proposed meeting with the government delegation was further confirmed by NARD President, Dr. Uyilawa Okhuaihesuyi.

On the Wednesday’s meeting, he said, “The Nigeria Association Of Resident Doctors have received letters of invitation from the Senate Committee on Health chairman and the Honourable Minister for Labour. NARD would be attending this scheduled meeting on finding a way forward.”

Among others, the doctors are demanding payment of salaries owed house officers and upward review of the  hazard allowance to 50 per cent of consolidated basic salaries of all health workers and payment of the outstanding COVID – 19 inducement allowance especially in state owned-tertiary Institutions.