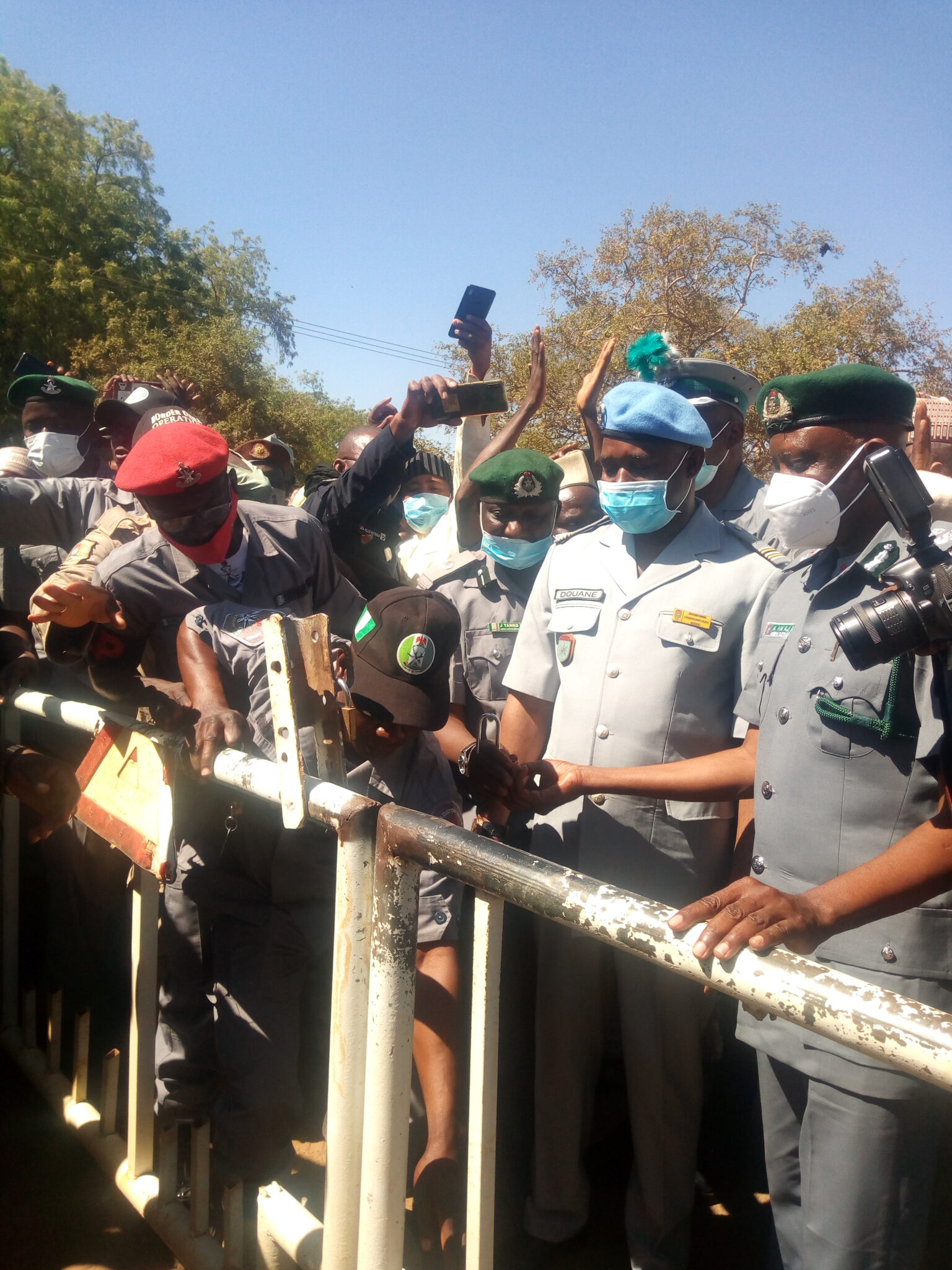 Mr. Abdulhamid Ma’aji, Comptroller, Nigerian Customs Service in charge of Sokoto and Zamfara, made the emphasis at the reopening of Illela Border in Sokoto State.
Journalists reports that the government made the emphasis as importers and exporters in Sokoto get excited at the reopening of the Illela border.
Illela border was reopened by dignitaries from Nigeria and Niger Republic.
Ma’aji said that the border reopening was being monitored to ensure sanity.
He said that border closure was in the interest of Nigerians.
The comptroller noted that many  instruments used by criminals were brought into the country through land borders.
He said that efforts were being made to curb it.
He called on Nigerians to show understanding and support for government policies and appealed to traders to adhere to business regulations and safety guidelines.
”Government organs can achieve maximum success with much support from members of the public and stakeholders that play important roles,” he said.
The comptroller urged importers and exporters to ensure strict compliance with the regulations.
Alhaji Ibrahim Milgoma, an exporter
said that during the border closure, exporters complied with government directives in spite of hardship.
He said that they would abide by the regulations governing border reopening.
Alhaji Aminu Dan’iya, Chairman of the Association of Registered Licenced Clearing Agents, said that no fewer than 35 firms registered at Illela point and would comply with all government regulations.
MORE READING!  Buhari approves Nigeria, Belgium collaboration for helicopter production
Related Topics:FGRice importation
Up Next