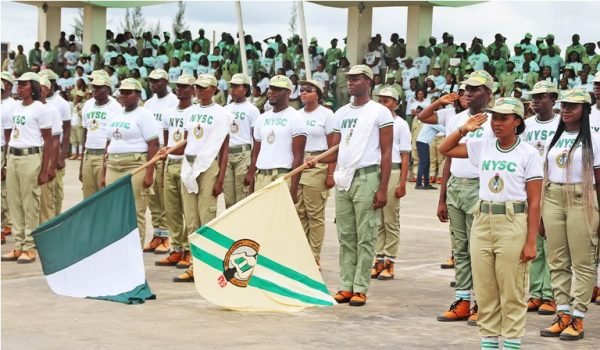 The Ministry of Youth and Sports Development has reiterated the Federal Government’s commitment towards sustaining the National Youth Service Corps scheme.

Minister of Youth and Sports Development, Sunday Dare, made the statement via his verified Twitter handle on Wednesday.

Dare’s tweet comes in reaction to widespread claims that the government is considering scrapping the NYSC scheme.
WUZUPNIGERIA had reported that the Constitution of the Federal Republic of Nigeria Alteration Bill, 2020, which is seeking to repeal the NYSC Act, reached the second reading at the House of Representatives on Monday.

He also noted that “Public and private agencies/departments are no longer recruiting able and qualified Nigerian youths, thus relying heavily on the availability of corps members who are not being well remunerated and get discarded with impunity at the end of their service year without any hope of being gainfully employed.”

However, in a tweet to his 94 thousand followers, Dare maintained that the government is working on dynamic reforms towards the problems facing the NYSC.

As such, the minister stated that the regime of the President, Major General Muhammadu Buhari will stand with the Nigerian youth.

“The NYSC scheme remains one of the greatest tools for National development for our youth. The commitment of the government to sustaining the NYSC scheme remains. Dynamic Reforms and Initiatives towards current realities are ongoing. Nigeria will stand with her youth,” he said.

The NYSC was established under the military regime of General Yakubu Gowon on May 22, 1973, under Decree No. 24 of 1973 as a way of reconciling and reintegrating Nigerians after the civil war between July 6, 1967 and January 15, 1970.