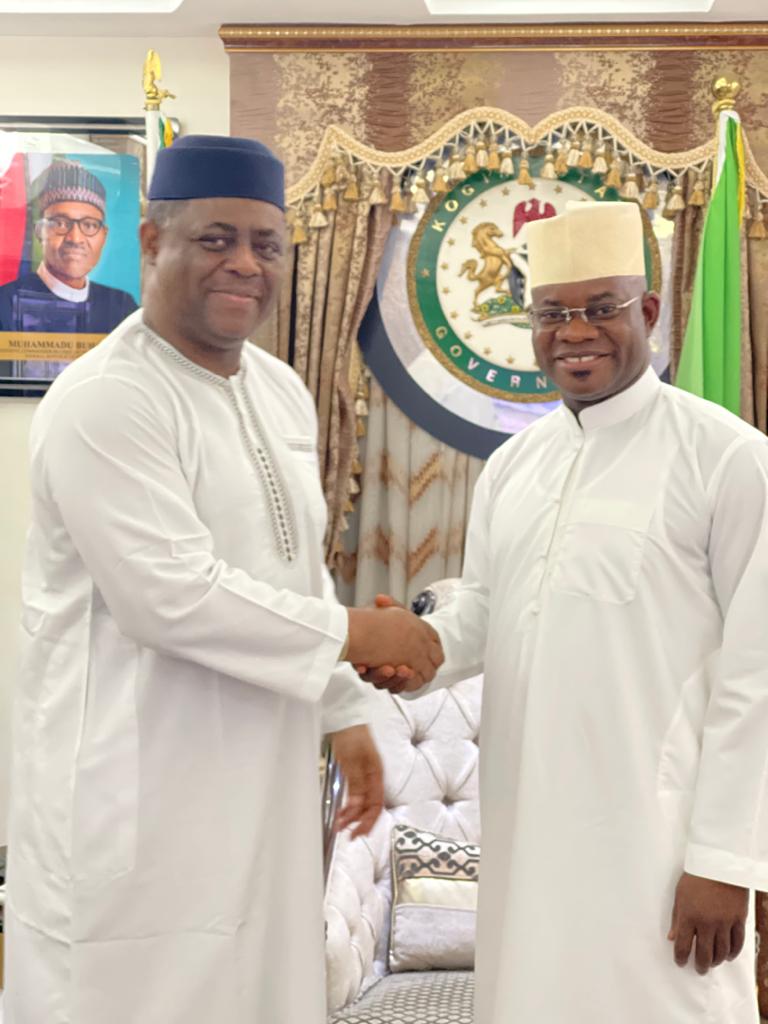 There are speculations that a former Minister of Aviation, Chief Femi Fani-Kayode, is allegedly about to dump the opposition Peoples Democratic Party (PDP) for a return to the ruling All Progressives Congress (APC).

Fani-Kayode, an ardent critic of the regime of the President, Maj. Gen. Muhammadu Buhari (retd), sparked defection rumours after he uploaded photos of himself and the Governor of Kogi State, Yahaya Bello.

The PDP stalwart state in the caption of the photo that he and Governor Bello of the APC  discussed “the way forward for” Nigeria.

Fani-Kayode had earlier met with Governor Bello in his Wuse Zone 6 residence in Abuja before he led the former Minister to the party chairman’s Guest House.

It was an honor to have spent quality time with my friend& brother Gov. Yahaya Bello of Kogi state last night. We had a frank, candid, fruitful& productive discussion about the way forward for our country. This is a clear case of politics without bitterness& of building bridges. pic.twitter.com/BaJXr2IEbZ