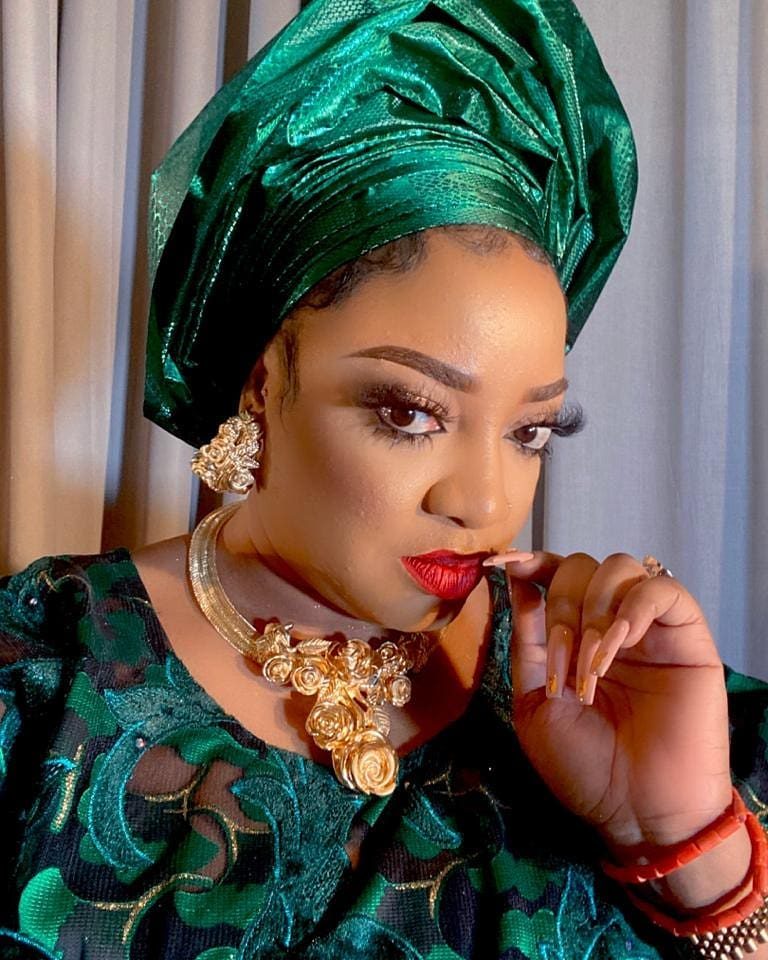 The Sarauniya (Queen Mother) of Uke Kingdom, Nasarawa State, Tayo Sobola aka Sotayo Gaga has stated that she did not have to engage in any fetish practice before she was bestowed with the title.

In a recent interview with The PUNCH’s Saturday Beats, the beautiful actress said that:

“I am a religious person who does not joke with prayers. I would not dabble into anything that would rob me of (a good relationship with) my creator.”

When asked how her new title of Sarauniya came about, she responded thus:

“I believe the palace saw some qualities in me and deemed it fit to give me the title. According to the Emir of Uke Kingdom, his father’s twin sister was the first person to be bestowed with that title and since her demise, no one has been given that honour. I am more or less a role model to women in that community.”

Sobola went on to say that now that she’s married, there is a limit to how intimate she can get with fellow actors on set.

“Even before I got married, I was selective about the kind of roles I portrayed as an actor. My husband is quite understanding and he knew I was a filmmaker before we got married. However, as a respected wife, I would not play any role that my husband won’t be happy with, such as being too intimate with the opposite sex.”

“It has been a sweet experience since the day we started dating till now that we are a married couple. Obviously, there will be ups and downs, just like in any relationship, but we are mature enough to handle things.”

The actress also insinuated that she has been enjoying a different level of respect since her marriage.

“I had known my husband for about seven years before we got married and I am still the same person. I usually call myself the ‘lane minder’. The most important thing is that being married attracts a lot more respect than when I was single. It is a phase in life and we are flowing gradually with it.”