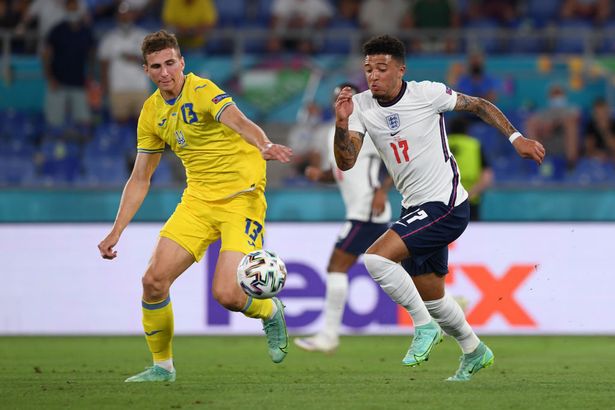 Manchester United legend, Rio Ferdinand, is excited about the performance of Jadon Sancho during England’s 4-0 Euro 2020 quarter-final win over Ukraine.

Sancho played the entire match, his first in the competition, coming after the Red Devils agreed a £73million fee with the 21-year-old’s current employers Borussia Dortmund.

The UK Sun reported that the former Manchester City player is set to receive £350,000-a-week at Old Trafford.

Although the youngster came close to scoring in the first half Ferdinand told BBC Sport that this was just a taster of what Sancho will deliver at Old Trafford.

Ferdinand said: “‘I’ll tell you what one thing at Man United he’ll have people off the seats.

“There’s moments in this game where he draws your breath and you think ‘ooh wow that’s different’.

“He’s a fantastic talent we know that but mentally he’s very strong. He’s got a desire to be as good as he can be and fulfil that potential.”

England have set up a semifinal clash with the resurgent Denmark side net week Wednesday at the Wembley Stadium.