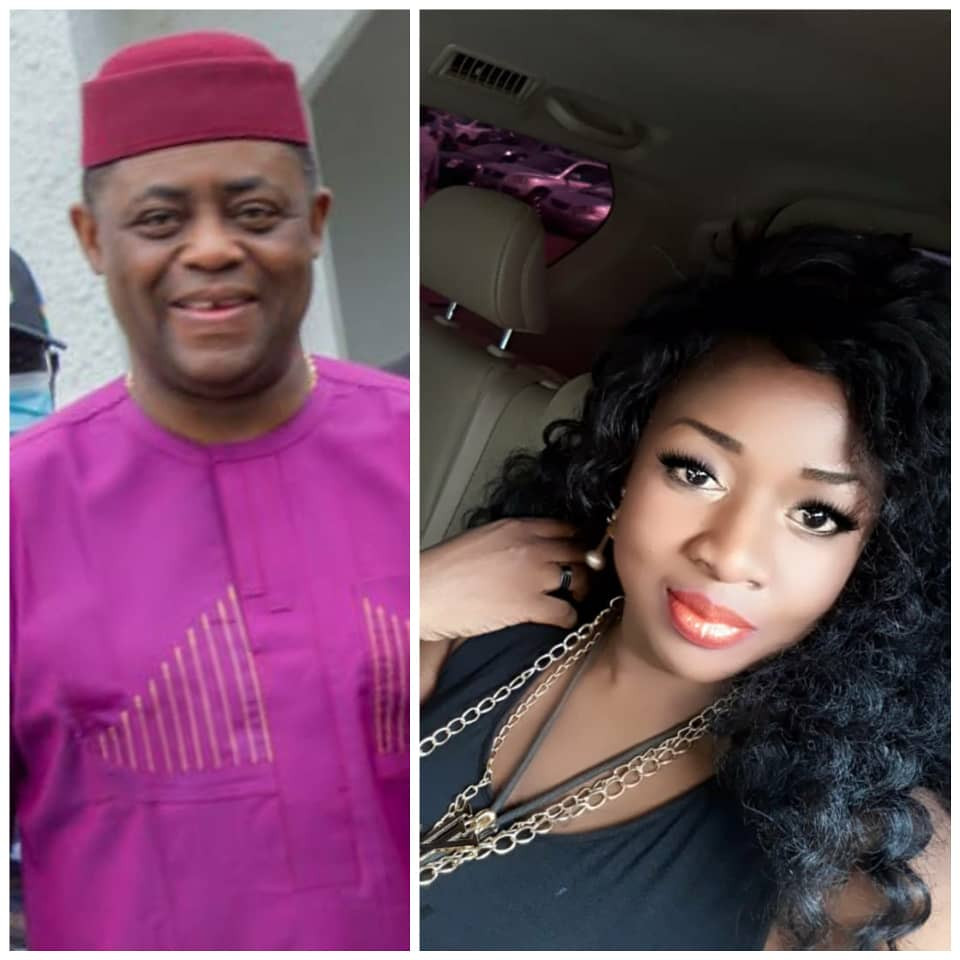 Femi Fani-Kayode’s wife has issued a statement addressing claims that he subjects his wives to domestic abuse.

Recall that his marriage to a former beauty queen, Precious Chikwendu, is currently facing crisis.

Reports in the media suggests that Chikwendu separated from him because of domestic abuse.

The wife he got married to before Chikwendu has now come to his defense with the statement seen below.

We have a beautiful daughter called Oluwaremilekun and both she and I are very proud of him. He has been a wonderful father and caring husband and he has never subjected me to any form of domestic abuse or treated me badly.

Anyone that knows Femi well knows that his greatest weakness are those he loves and he will do anything for them.

He is a warm, kind, generous, gentle, intelligent and loving man who is not afraid of anything or anyone and who takes care of his own. From the very beginning of his relationship with Precious he told me about it and I accepted it in good faith.

Reports in the media that we are divorced are fake and suggestions that I was treated in a bad way by him or subjected to any form of abuse at any time in the 23 years that we have been married are malicious and false.”