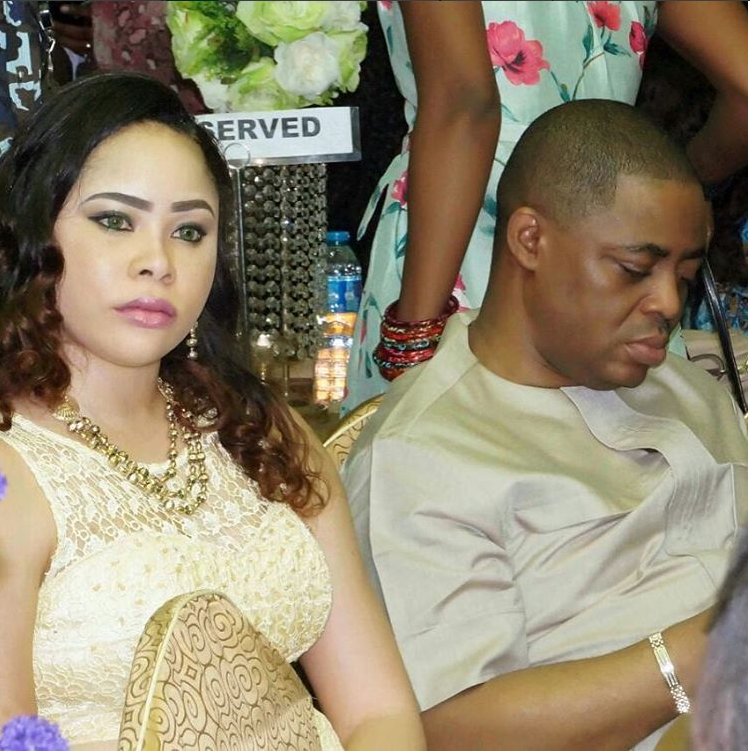 According to the blogger, insiders allege the separation is as a result of extreme domestic violence allegedly suffered by Precious.

The Insiders confirm that Precious moved out months ago but without her four sons as the former Minister has taken custody of the kids and put them under the care of a nanny with strict instructions that Precious not come near the house they shared as a couple.

In fact, she is forbidden to go near the house.

According to SDK Blog, insiders claim since Precious moved out, Femi Fani Kayode took back the car gift and all the goodies he ever bought for her whilst they were married and has left her broke, penniless and begging for money to survive as her accounts were seized as well.

She also allegedly got beaten up many times when she was pregnant with her first son and the triplets.

Insiders say every time they post on social media;

The insider adds that ”the situation between both of them is serious and he has told her she would never see her kids again.

Their situation is even worse as Precious is allegedly demanding for DNA on her triplet sons because All four kids were allegedly conceived via IVF but she is not sure where the former Minister brought the sperm he dropped for the hospital to use on her to conceive the triplets.

The former Minister also allegedly called Doctors who take care of mad people and alleged precious was a madwoman and they forcefully removed her pant and gave her injections and she was allegedly locked up for some months before she was released and she ran…..