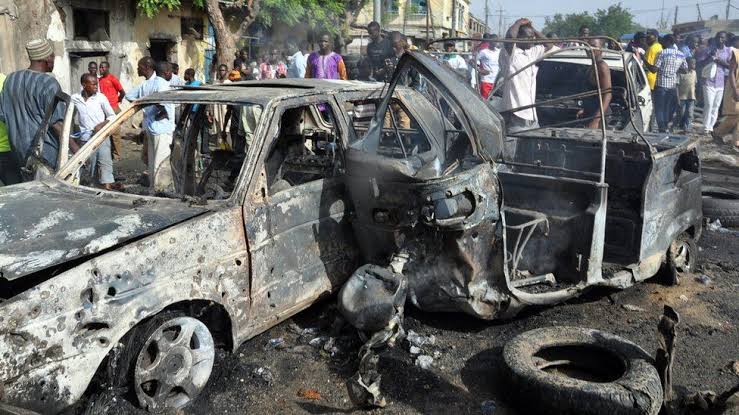 A teenage girl killed at least three people when she blew herself up in a crowd in Borno State, militia and humanitarian sources told AFP Saturday.

“We evacuated three dead bodies and two people who were seriously injured from the scene,” said aid worker Abubakar Mohammed. The attack happened in the town of Konduga, about 38 kilometres (24 miles) from the regional capital Maiduguri.

The attacker set off her explosives among a group of men at a hangout next the local chief’s home, said Ibrahim Liman, an anti-jihadist militia leader who gave the same toll.

Konduga and surrounding villages have been repeatedly targeted by suicide bombers from Boko Haram, which typically attacks soft civilian targets such as mosques, markets and bus stations, often using young women as bombers.

At least 30 people were killed last year in Konduga when three bombers detonated their explosives outside a hall where football fans were watching a match on TV.

Boko Haram and a splinter group, the Islamic State West Africa Province (ISWAP), have killed 36,000 people and displaced around two million since 2009.

The jihadist conflict has spread into neighbouring Chad, Niger and Cameroon, prompting a regional military coalition to end the violence.

For allegedly daring to slap her back, mom empties pot of hot water on 14-year-old daughter