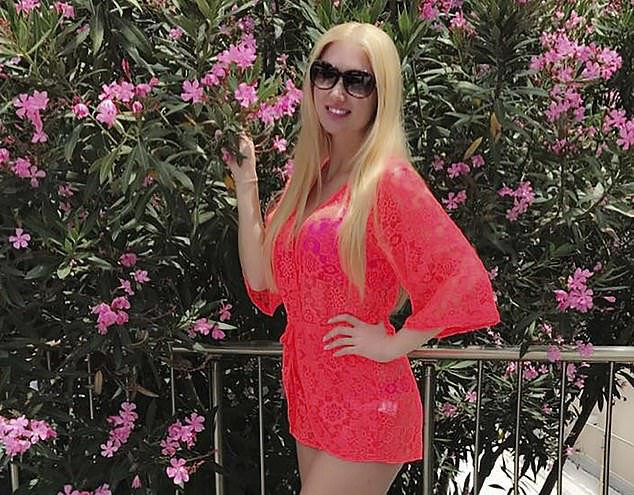 30-year-old Ukrainian interpreter has been found dead in her apartment with her hands cuffed behind her back and a plastic bag placed over her head.

The beautiful interpreter Kristina Novitskaya was discovered at her home in the Bodrum resort on the Aegean coast on Saturday.

She had died a few days earlier.

After her family, friends, and neighbours could not reach her, they alerted police, who then found her body in a sitting position on a chair in the middle of the room with her hands cuffed.

Turkish police say the front door of the apartment was locked with the key inside, the windows were also secured from the inside and there was no trace of any struggle.

The corpse has been sent to the Institute of Forensic Medicine for an autopsy.

Officers believe she may have committed suicide, but her friends say that ‘life-loving’ and ‘cheerful’ Ms Novitskaya would not have ended her own life.

They added that she was ‘secretive’ about her private life in Turkey, where she lived and worked as an interpreter and dance instructor.

”We do not believe that she committed suicide,” a friend told Obozrevatel media in Kyiv.

Reports say Turkish police believe she had become depressed at lack of work due to the pandemic, yet the precise cause of death has not been revealed.

Ms Novitskaya, a graduate of Kiev National Linguistic University where she studied oriental languages, spoke Turkish fluently and worked as a professional interpreter.

”She was an incredibly kind, open-hearted, sweet person who would never get into a conflict and always helped others,’ said a friend from her student days.

”She was quite secretive about her private life. Everyone who knew Kristina is deeply shocked. We do not believe that she committed suicide.”

”True she didn’t post about her love life on social media, but she was always so open, so full of life and happy.”

The friends dismissed reports that she had become depressed, solitary, and suicidal over the pandemic.

”This is a strange version indeed,” said one friend. ”Kristina had family, and her mother is in Kiev. There was always another route to take which was to return home. Turkey had quite a spell of lively times when tourists returned in summer, Kristina would have found a job.

”I don’t believe in these versions. I think they are trying to cover up for someone important.”

Turkish police reported that CCTV cameras showed no visits since a food delivery on 31 December before her body was found on Saturday.

Divorce: Woman ordered to breastfeed baby for 20 months in place of  dowry return