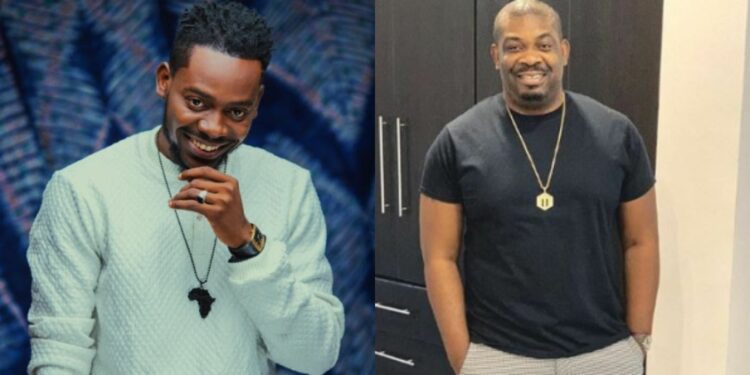 Nigerian singer and father of one, Adekunle Kosoko, popularly known as Adekunle Gold has advised the general public to have fear for music producer and Mavin CEO, Don Jazzy.

It may seem Adekunle is amazed by Don Jazzy’s expertise when it comes to scouting for talents and nurturing them to become big stars in the music industry.

This is in view of Mavin records latest female signee, Ayra Starr.

On Thursday, January 21, Don Baba J unveiled Ayra as the new talented 18-year-old act joining the Mavin family and he has sent chills down the spines of entertainers and music lovers.

Speaking just hours after Ayra’s unveiling, Adekunle Gold took to Twitter to tell all and sundry to fear the Don and fans believe it is because of his knack for turning talented singers into superstars.