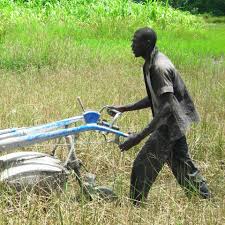 Federal Capital Territory Administration (FCTA) has tasked extension service agents to bring their expertise to bear in the delivery of services to farmers in the territory.

Mr. Ibe Chukwuemeka Acting Secretary, Agriculture, and Rural Development Secretariat of the FCTA made the charge during an assessment visit to the Agriculture Development Project (ADP) office in Gwagwalada on Friday.

He reminded the extension service agents of their crucial role in helping to actualize the government’s goal of achieving food security.

Chukwuemeka said that agricultural land space in the FCT holds a lot of potentials in terms of job creation and poverty alleviation which the FCTA was determined to harness.

” Let me reiterate that the FCTA is not unaware of the strategic role that you as trained extension agents are playing.

” And I assure you that it (FCTA) will continue to do everything within its powers and resources available to expose you to new ideas that will enable you to perform your duties better,” Chukwuemeka said.

He noted that FCTA was determined to ensure the availability of food for FCT residents all year round and had already initiated programs that would guarantee smooth operations of the extension agents in both the wet and dry seasons.

The acting secretary, however, advised the officers to take their duties seriously as the secretariat would not condone acts like deliberate absenteeism and lackadaisical attitude to duty.

Chukwuemeka said that the management of the secretariat had put in place measures to monitor their activities.

The acting secretary said that in order to effectively realize its mandate of increasing agricultural production, it had adopted a community-based approach.

He also said that the FCTA was liaising with the relevant arms of government towards upgrading the status of the ADP from a department to an agency as obtainable in other states of the federation.

The Acting Director, ADP, Mr. Fidelis Nwokedi assured the acting secretary of the preparedness of the extension agents, most of whom have been deployed to the various farming communities, to continue to offer excellent services to farmers.

Nwokedi commended the acting secretary for the visit at the peak of their activities in the rainy season, which he stated would boost the morale of the officers.

Lady curses lout who grabbed her butt in public (Video)