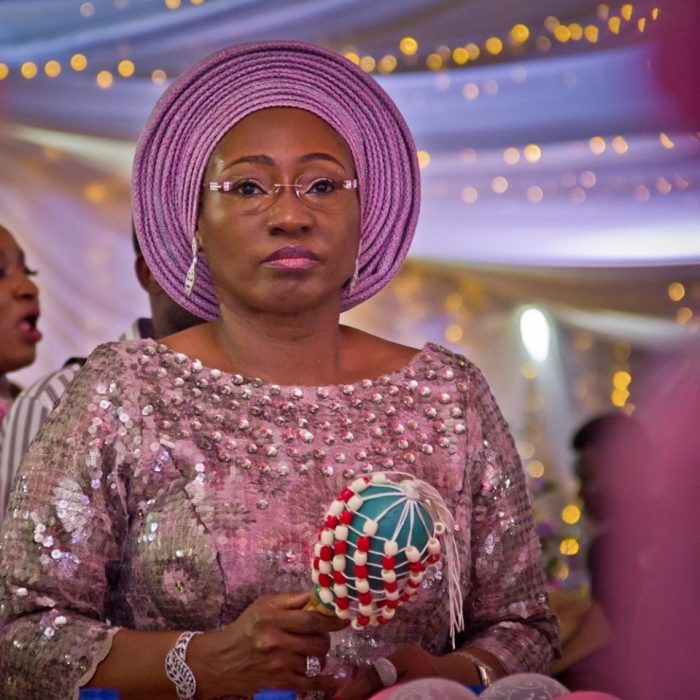 The Wife of Ekiti State Governor, Bisi Fayemi, has pledged to support the state’s female football club, Queen FC, to attain its pride of place amongst its peers.

It was reported that Mrs. Fayemi, who made the pledge, on Tuesday, in Ado-Ekiti, while receiving representatives of the club in her office, noted that the girl-child needed to be given adequate attention in her chosen career, to develop her potential skills and make her a responsible citizen.

Mrs Fayemi stressed that this would also boost their self esteem, encourage self discipline and promote core values, among them.

“Sport is one of the skills that can bring out potentials in the girl-child, and it builds their self esteem, teaches them to be focused, determined, as well as disciplined,” she added.

The wife of the Governor, who also doubles as the matron of the club, encouraged the club members to remain focused in their careers, as government was ready to assist them in their academic pursuits.

Representatives of the club, led by the Commissioner for Youth and Sports Development, Mr Michael Awopetu, said the team needed government’s support in the area of hostel accommodation, a functional bus, football kits, among others, which would propel them to perform optimally.

NAN reports that the visit featured the unveiling of the club’s jersey and its presentation to Mrs. Fayemi.

2021 CHAN: It’s hosts Cameroon vs holders Morocco, Mali vs Guinea for places in the final