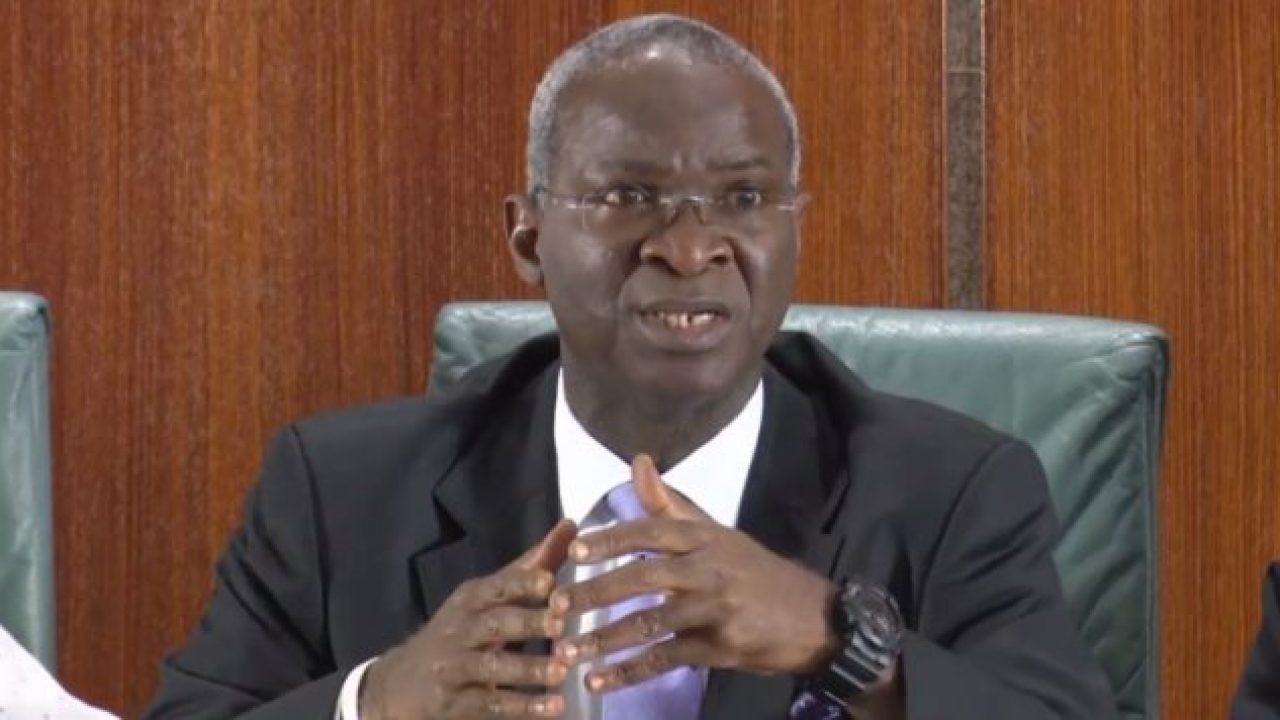 The Minister of Works and Housing, Babatunde Fashola (SAN), on Tuesday inaugurated over 1.67-kilometre internal roads rehabilitated by the ministry at the Federal University, Lokoja.

While speaking at the event, Fashola described the project as part of the Federal Government’s intervention on internal roads in 43 federal tertiary institutions in the country.

The minister, represented by the Federal Controller of Works in Kogi, Olatunde Kajogbola, said the programme commenced in 2018.

He said that more than 18 of such interventions had been completed and handed over to the managements of the benefitting institutions.

He said that President Muhammadu Buhari had stepped up the process of addressing the infrastructure deficits in all sectors, including education.

“The gap of our infrastructure need is steadily being bridged by a gradual process of repairs, renewal and construction on major highways and it has reached the schools.

“It is true that quality education will be impacted by the quality of infrastructure and good learning environment.

“Currently, there are more than 43 of such interventions on internal roads within tertiary institutions across Nigeria.

“The students are expressing renewed enthusiasm with regard to attending classes because some defective roads have been rehabilitated,” the minister said.

The Vice Chancellor (VC) of the institution, Prof. Angela Miri, said the completion of the project had added value to the university’s environment.

Miri, represented by the university’s Chief Librarian, Dr Sarah Yani, said, “A city without roads is not known.”
She said the intervention and the resultant beautiful ambience on campus had placed the institution first among its equals.

She acknowledged the goodwill and kind gestures of the ministry and the Federal Ministry of Education for the intervention projects in the “baby but great university”.

The VC appealed to Fashola to also extend the intervention to the internal roads in the university’s permanent site.

“Don’t be tired of us sir. We are still growing and by the grace of God, with your hand of help upon us, we will reach the destination we dream of,” Miri said.

In a vote of thanks, the Acting Director, Physical Planning and Development, Ojo Olukayode, commended the ministry “for a job well done”.

55 arrested in Abuja for failing to wear face mask