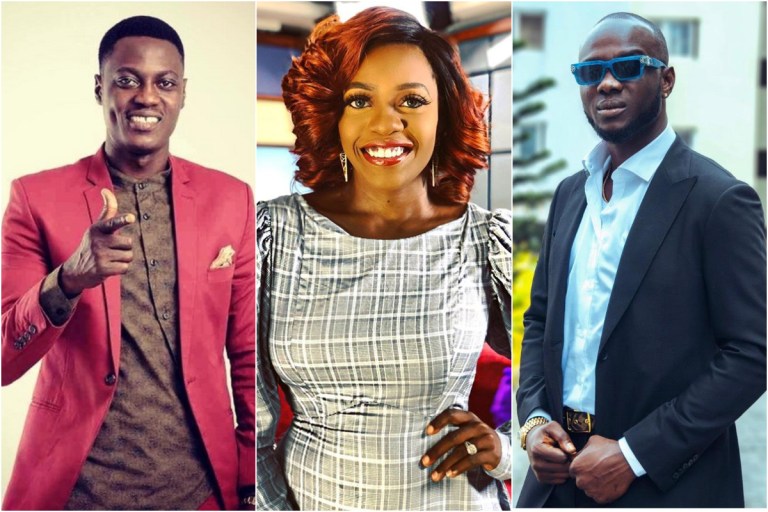 Friends and fans of the late Obama DMW and Sound Sultan have lambasted media personality, Shade Ladipo for the alleged shameful statement against the duo.

WuzupNigeria reported that Sound Sultan died on Sunday after battling throat cancer for a long time.

While Obama DMW reportedly died from a suspected heart failure after he walked into Ever Care Hospital in Lekki to complain of an ailment.

But Shade Ladipo had on her Instagram page in reaction to the death of Sound Sultan and Obama DMW said ‘Rest In Peace to the heroes and the villains’.

She had accused one of living a “violent life” as she further calls one a ‘hero’.

“Thinking of the death of 44 & Sultan The juxtaposition of their lives You can live a violent life or live the best life but when it’s your time it’s your time Rest In Peace to the heroes and the villains,” Ladipo said.

Her comment caused quite a stir on social media as friends lambasted her for always speaking in the wrong.

MORE READING!  [JUST IN] BBNaija: Whitemoney, Yerins, three others up for eviction

mr.commonsense_said; “Shade is talkative. Nobody can change my opinion.

oje1012 said, “So who is violent one? This lady with rubbish talk.

realbass.og said, “You juxtaposed their lives already and in same sentence you using “Violent life” and “good life”, so which one of 44 and sultan lived a violent life? Sometimes in the quest to have an opinion we pass off insensitive comments, you dont say everything In your skull, this girl is too garrulous.

andyblayz said, “When it’s ur time it’s ur time! But the hard question is! What do you want to be remembered for Shade!!! 🙄
ama_doris21 said, “This girl ehn, is she married? Because ehn I pity who spends eternity with her, she is always after violence, Jezz!”.
Related Topics:Obama DMWShade Ladipo
Up Next

ICYMI: Soberekon knocks celebrities, says many snubbed Sound Sultan when he was sick