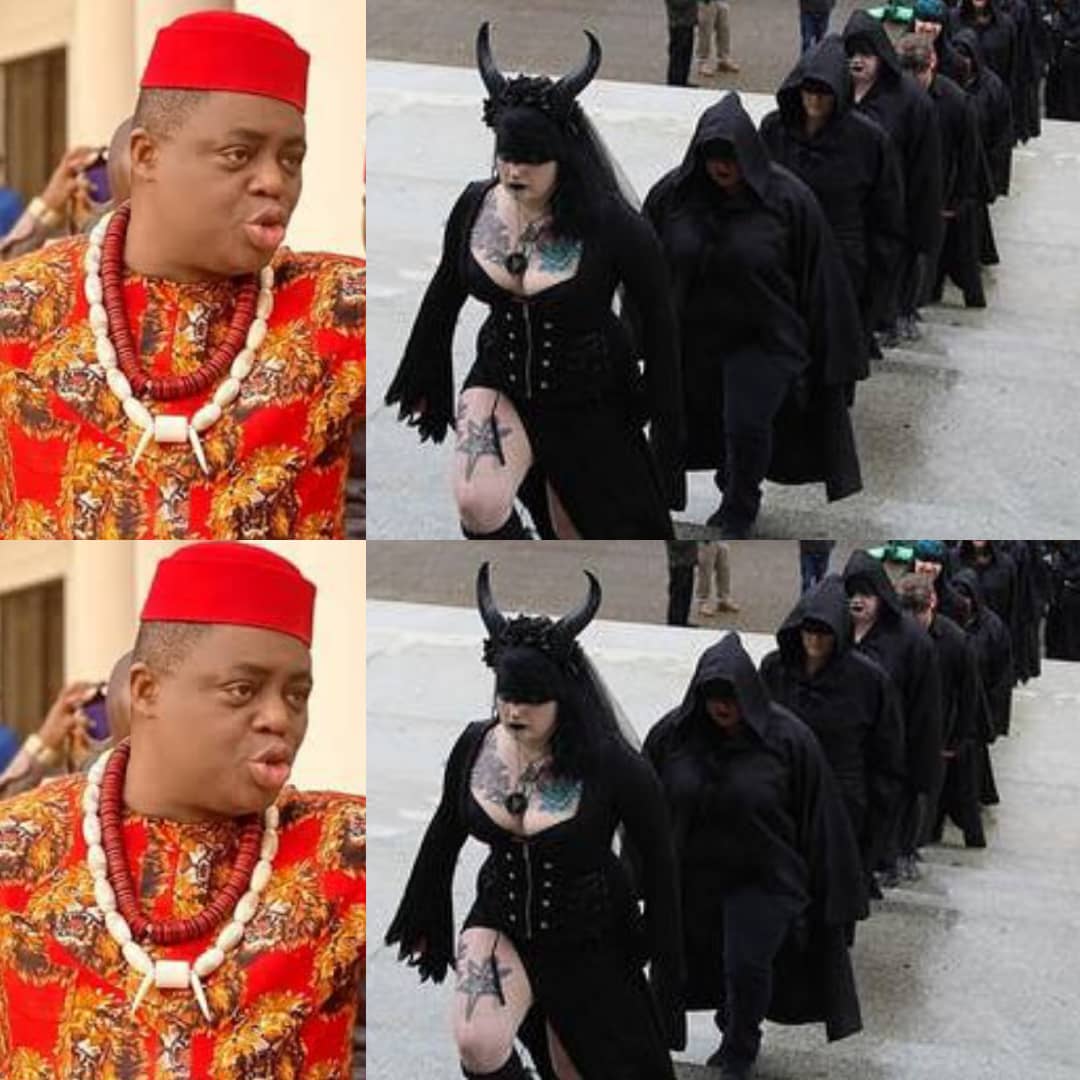 Former Aviation Minister, Chief Femi Fani-Kayode has been revealed by the Church of Satan to ‘love them’ and the ‘attention’ they get.

This was said in a Twitter clash on Thursday between the Church of Satan and Fani-Kayode.

“‘Angel’, the ritual guild leader for the Satanic Temple of Washington state, leads the procession up the Capitol steps as part of their satanic ritual. Behold the seed of Belial, the offspring of the serpent & the children of Beelzebub. May the Lord rebuke thee satan

“May the Lord crush your citadels, pull down your temples, burn your alters and scatter your disciples” – Chief Femi Kayode.

“He loves us, and loves the attention.”

Also, various tweeted users have reacted to Fani-Kayode’s tweet, with many referring to him as a hypocrite.

MORE READING!  What NYSC would do to corpers who flout Covid-19 safety protocols
Related Topics:chief Femi Fani-KayodeChurch of SatanFani-Kayode loves us-Church of SatanFeaturedTwitter
Up Next

Coronavirus to end May 29, boy who predicted pandemic says (Video)