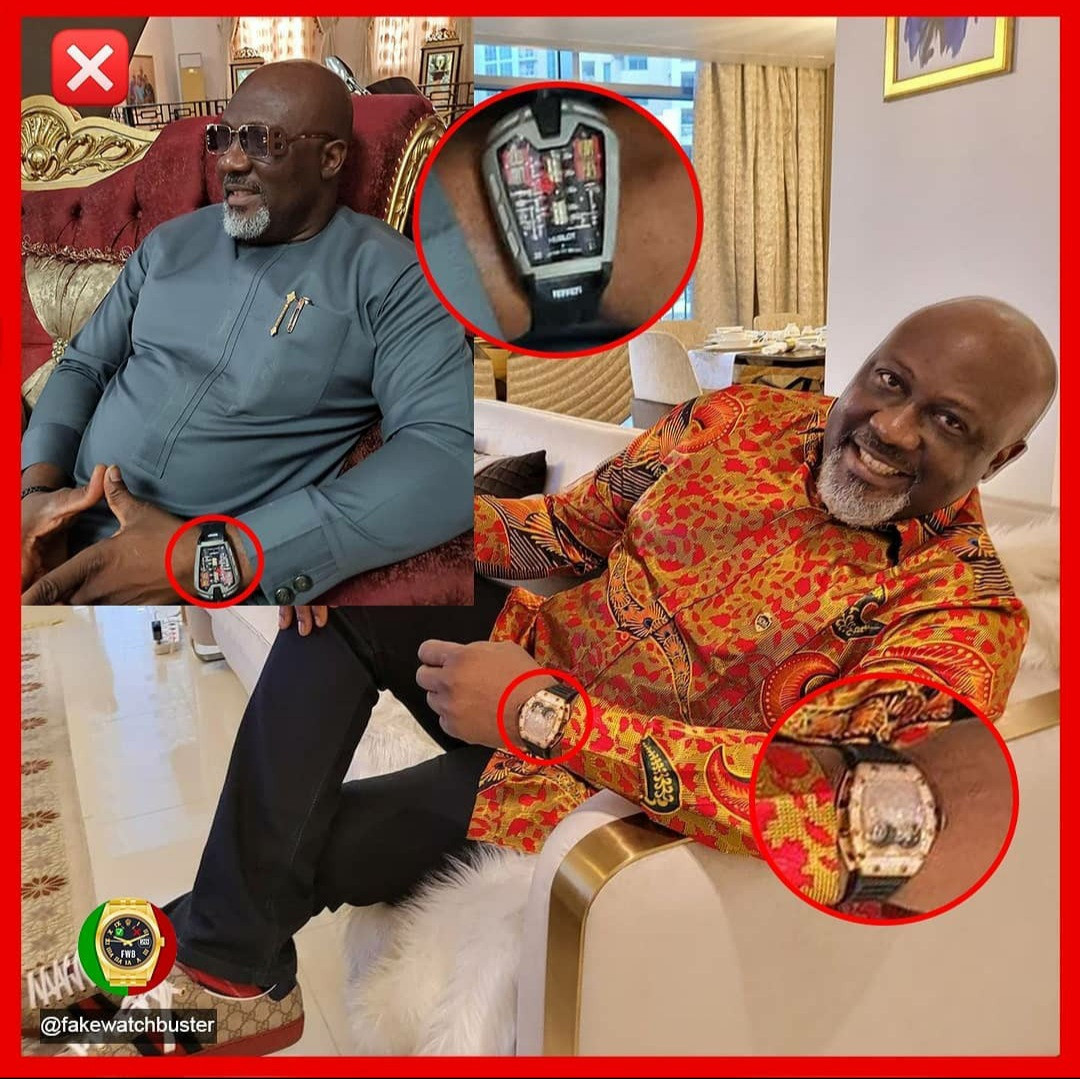 In the latest series of ‘Busted’ season 1, a Fake Watch Buster has gone after Senator Dino Melaye and his watches.

According to reports, the FWB identifies wristwatches that are fake and posts them online while tagging the wearer and pointing out the discrepancies between the original and the fake.

This time, their latest subject is Dino Melaye.

FWB pointed out that at least two of the Nigerian politician’s watches are fake and many of his other watches “are looking sketchy”.

“@dinomelaye we just want to let you know that you’re wearing a fake…” FWB wrote on Instagram alongside photos of Dino wearing the watches. 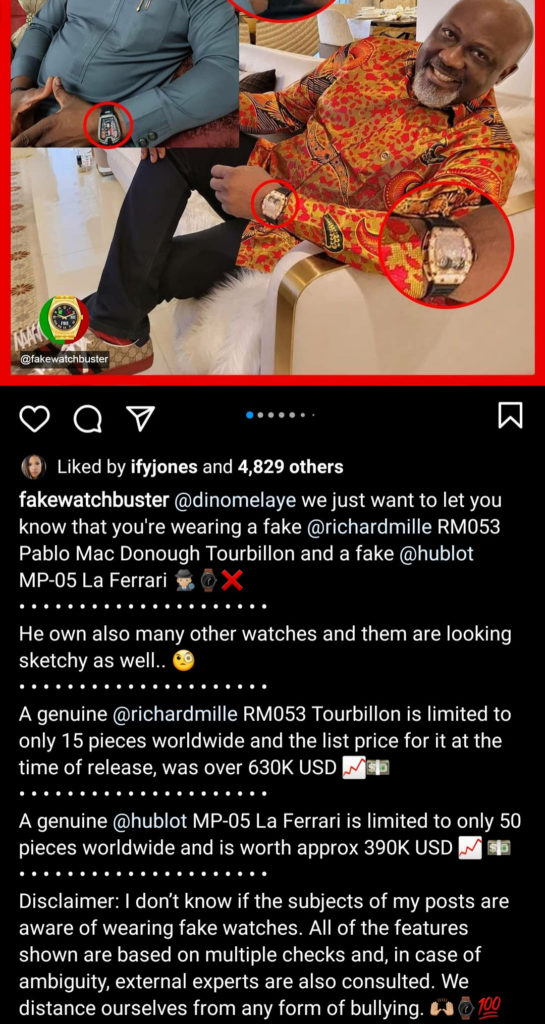