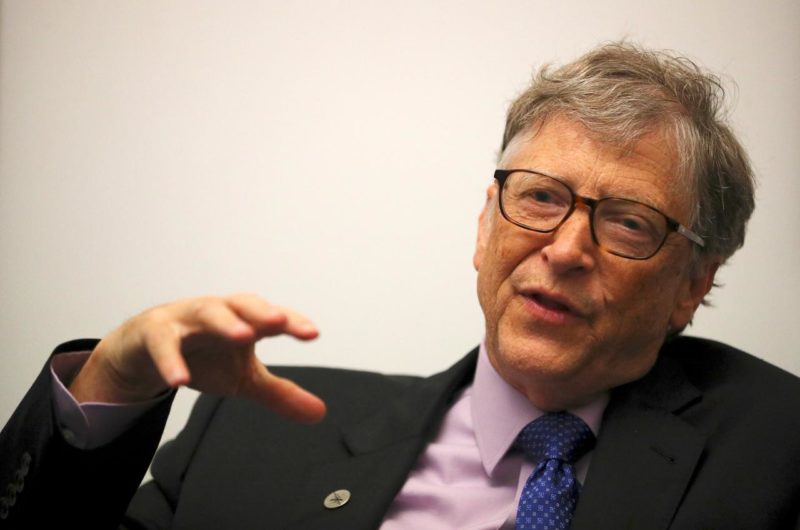 Co-founder of Microsoft and billionaire philanthropist Bill Gates is confident that Facebook and other social media platforms will allow former President Donald Trump back on their apps.

Gates who has criticized the Trump administration’s handling of the coronavirus pandemic made the disclosure during a Thursday morning interview on CNBC.

Recall that Mark Zuckerberg’s Facebook, alongside other social media companies, booted Trump off their platforms “indefinitely” for inciting an insurrection/domestic terrorism against the U.S. Capitol on Jan. 6 with at least five people confirmed dead.

The world watched in shock as rioters took over the Capitol after Trump spread an array of unfounded conspiracy theories and falsehoods about his Dec 3 election loss to President Joe Biden who was inaugurated on Jan 20.

Asked whether he would let Trump back on social media if he were on Facebook’s oversight board (which you can call the app’s supreme court – makes content moderation decisions on the social media platform Facebook), Gates said:

“It’s weird when you’re, you know, saying that the election was stolen without any facts there. And how corrosive that is.

“But I’ll bet they’ll find a way to let him back on,” he added, saying that Trump’s future false posts could get slapped with warning labels.

“You know in a way … people’s interest in what he says may go down quite a bit,” Gates added. “That’ll be interesting to watch.”

Facebook and Instagram’s Oversight Board, which has up to 90 days from January 21 to make its decision.

Meanwhile, the Senate on Saturday fell 10 votes short of convicting Trump at his impeachment trial despite Democrats and some Republicans blaming Trump for fomenting the Jan. 6 riot at the U.S. Capitol.

Although Trump’s activities have reduced on social media, he still holds his views on the outcome of the elections and has not kept quiet about it.

In his first post-presidential phone interview on Wednesday following the death of Rush Limbaugh, Trump via a phone-in with Fox News repeated many of the false election claims that prompted social media companies to ban him.

Trump described Limbaugh, an iconic conservative radio host who had lung cancer, as a “legend” following his death on Wednesday.

“He was with me right from the beginning. And he liked what I said and he agreed with what I said. And he was just a great gentleman. Great man,” Trump said of the Limbaugh who he awarded a Presidential Medal of Freedom, shortly after his lung cancer diagnosis in February 2020.

“He was a very unique guy. And he had tremendous insight. He got it. He really got it,” Trump said on Wednesday.

DPR reports that Limbaugh regularly used his platform to punch down, including to make fun of dying AIDS patients, and has a history of racist and sexist remarks. He also peddled in the sort of conspiracy theories, including alleging “false flag” attacks during events of right-wing violence. Republican Joe Walsh, who ran against Trump in the 2020 primaries, called Limbaugh’s spread of disinformation and its pervasiveness in conservative media “the greatest harm of [his] legacy.”